Catharantus Roseus also known as the Red Periwinkle contains many alkaloids which have been used in the treatment of leukemia, Hodgkin's disease, maligant lymphomas and improvement of blood circulation. 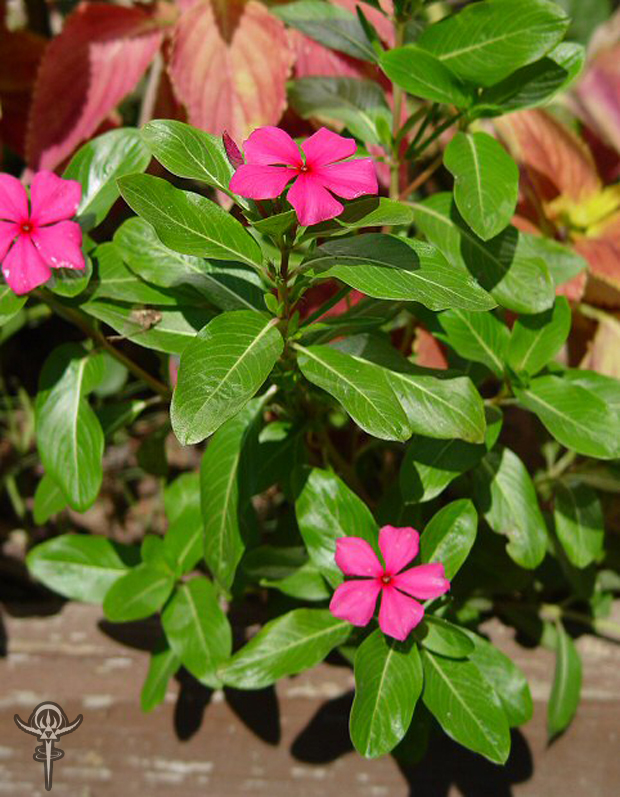 This herb is native to the West Indies and was first learned about in Madagascar. It can grow to be about 2 feet in length. This plant was then introduced to the Europeans around the mid 1700's which during this time was used as decoration. In 1977 there was 73 unique alkaloids that had been isolated and named from the plant, by now that number exceeds 100.

Anti-Cancer - In folklore medicine, extracts of the leaves of the subtropical plant Catharanthus roseus (L.) G. Don (sometimes known as Madagascar periwinkle) were reputed to be useful in the treatment of diabetes. This review describes how attempts to verify the antidiabetic properties of the extracts led instead to the discovery and isolation of two complex indole alkaloids, vinblastine and vincristine, which are used in the clinical treatment of a variety of cancers.

The plant is exploited and studied as a medicinal plant as it was found to produce more than 100 monoterpenoid indole alkaloids that contain the two major vital cytotoxic dimeric alkaloids that are used for cancer chemotherapy treatment, also many alkaloids have a medicinal role. The compounds include the anti cancer compounds: Vinblastine and Vincristine (Magnotta, 2006). The alkaloid vincristine has a role for treating leukemia in children.

Vinblastine and vincristine are the two important bioactive alkaloids produced from this plant. These two are key compounds in treatment of various types of cancer. The potent anticancer compounds are synthesized in shikimate, mevalonate and methyl-erythritol phosphate (MEP) pathways. These two compounds have many biological properties, and it is discussed in detail in the following section. Recent years have seen nanotechnology-based synthesis, and these formulations have been considered to increase the efficacy of the bioactive compounds. This could be opening doors to a new era in the development of nanotechnology-based drugs. On the other hand, toxicity concerns of the prosperity of the vinca compounds were taken into consideration.

The plant is widely used in anticancer therapy and The National Cancer Council of Malaysia (Majlis Kanser National, MAKNA) uses the periwinkle logo as its symbol of hope for cancer patients.
Vinblastine was first isolated by Robert Noble and Charles Thomas Beer from the Madagascar periwinkle plant. Vinblastine’s utility as a chemotherapeutic agent was first discovered when it was crushed into a tea. Consumption of this tea led to a decreased number of white blood cells; therefore, it was hypothesized that vinblastine might be effective against cancers of the white blood cells such as lymphoma. Vinblastine is a chemical analogue of vincristine. It binds to tubulin, thereby inhibiting the assembly of microtubules.
It is M phase cell cycle-specific and is an integral component of a plethora of chemo-therapy regimens, including ABVD (Adriamycin, Bleomycin, Vinblastine, Dacarbazine) for Hodgkin’s lymphoma. Vinblastine is a component of the regimen of choice for the treatment of metastatic testicular cancer. In the treatment of testicular carcinomas, vinblastine in association with other antitumor agents often results in a cure rate of over 90% in patients. In adult Hodgkin’s lymphoma, the Catharanthus alkaloids have raised the 5 year survival chances to 98% . Vinblastine has been shown to combat cancer by interfering with glutamic acid metabolism. Vinblastine is also used in the treatment of Kaposi’s sarcoma, mycosis fungoides and carcinoma of the breast.

Anti diabetic - Catharanthus roseus is a medicinal plant belonging to the family Apocynaceae which produces terpenoid indole alkaloids (TIAs) of high medicinal importance. Indeed, a number of activities like antidiabetic, bactericide and antihypertensive are linked to C. roseus. The great pharmacological importance of these indole alkaloids, contrasts with the small amounts of them found in this plant, making their extraction a very expensive process.

C. roseus is an amazing chemical factory, producing more than 130 TIAs, some of which exhibit strong pharmacological activities. The most striking biological activity investigated during recent years has been the antitumour effect of the dimeric alkaloids vinblastine and vincristine, as well as anhydrovinblastine, together with a number of semi-synthetic derivatives, known as the Vinca alkaloids. 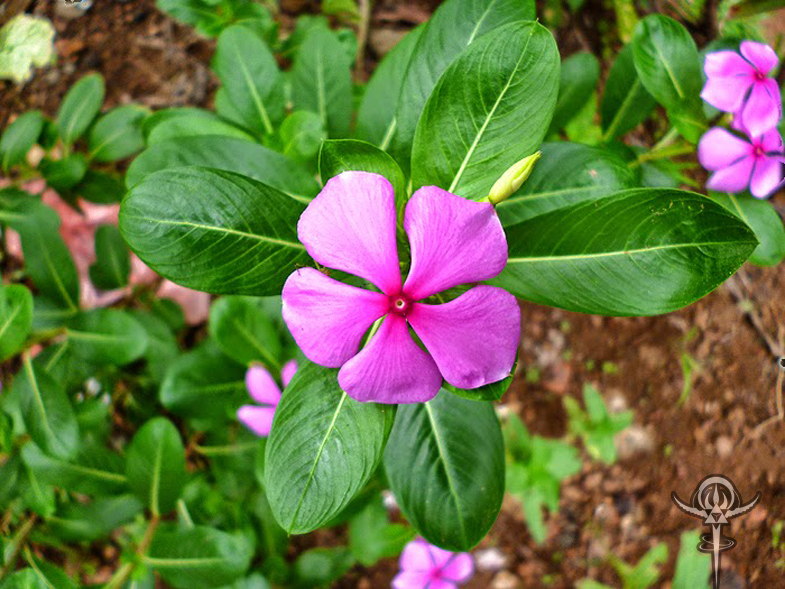