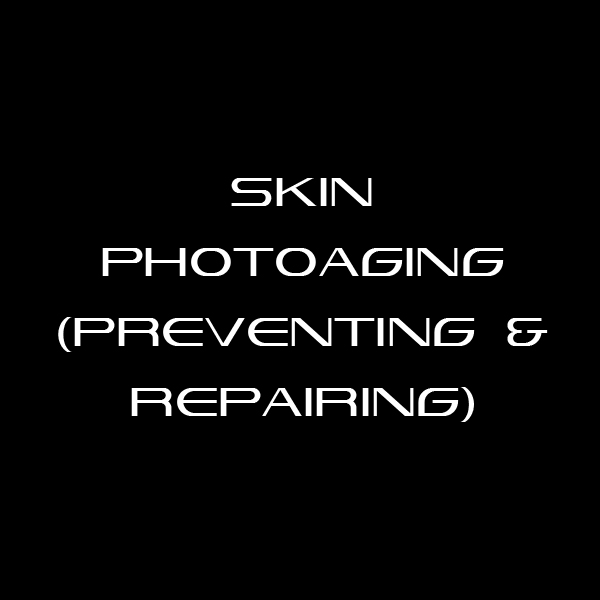 “Photoaging is the term used to describe the clinical, histologic, and functional changes in chronically sun-exposed skin of middle-aged and elderly adults. The importance of photoaging lies in its cosmetic and hence psychosocial impact on a large percentage of older adults, its intimate but incompletely understood relationship to skin cancer, as well as various functional losses in skin, and the model it provides for studies of adverse environmental effects on human health. Photoaging is widely presumed to have an adverse effect on essentialy all skin functions, although very few controlled data exist to support this belief. Nuclear atypia and often some degree of disordered keratinocyte maturation are present in moderate to severe photoaging. The depth and severity of the changes are dependent on skin type and the degree of photoaging. The different characteristics of mild, moderate, and severe photoaging in lightly pigmented vs. darkly pigmented skin may also reflect the characteristic response pattern of many cells to increasing injury.”

“Chronic sun exposure causes photoaging of human skin, a process that is characterized by clinical, histological and biochemical changes which differ from alterations in chronologically aged but sun‐protected skin. Within recent years, substantial progress has been made in unraveling the underlying mechanisms of photoaging. Induction of matrix metalloproteinases as a consequence of activator protein (AP)‐1 and nuclear factor (NF)‐κB activation as well as mutations of mitochondrial DNA have been identified recently. This has increased our understanding of photoaging significantly and has led to new prophylactic and therapeutic strategies aimed at the prevention and repair of the detrimental effects of chronic sun‐exposure on the skin.”