Belamcanda Chinensis or the Leopard Lily is a plant that grows in Eastern Asia, China, Japan and the Himalayas. 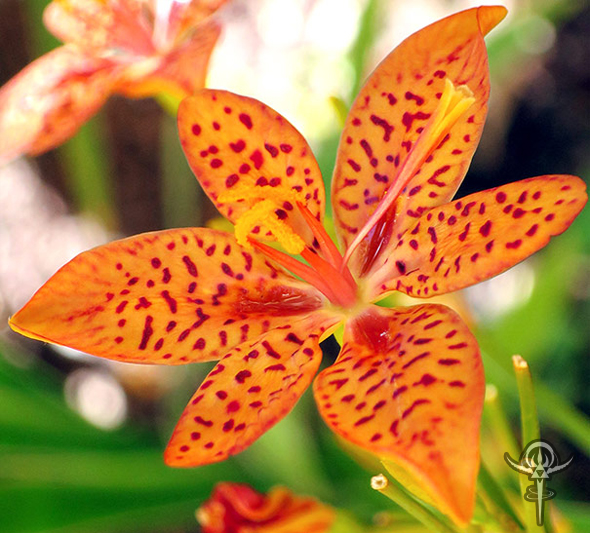 This plant belongs to the perennial species, it has a long history within Chinese Medicine. It is a bitter herb that acts on the liver and lungs, it can lower fevers and reduce inflammation. It has been effective as an antibacterial, antifungal and antiviral as well as an antidote to some snake bites. In Nepal the juice is utilized to treat liver issues where it was also having a benefit to improve ones appetite. 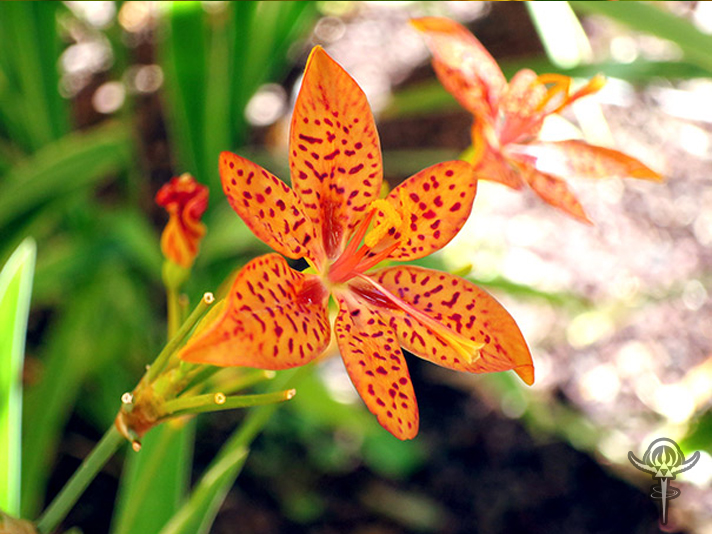 Antiproliferative Effects - Phytoestrogens are nonsteroidal plant derived compounds with estrogenic activity that have been implicated in protecting against prostate cancer progression. We hypothesized that these compounds would alter cell number and increase the ability of antiandrogens to induce cell death in prostate cancer cells. These phytoestrogens were created using the material from the belamcanda chinesis.

These in vitro studies demonstrate a role for tectorigenin and irigenin in regulating prostate cancer cell number by inhibiting proliferation through cell cycle regulation.

Isoflavones have been shown to exert antiproliferative effects on cancer cells by steroid receptor signaling. In this study, we demonstrate the potential of plant constituents extracted from Belamcanda chinensis as anticancer drugs, which regulate the aberrant expression of genes relevant in proliferation, invasion, immortalization and apoptosis.

The animal experiments demonstrate that B.chinensis markedly inhibited the development of tumors in vivo . Thus, these compounds may be useful for the prevention or treatment of human prostate cancer.

Anti-Cancer - To investigate the changes in expression underlying the marked reduction of tumour growth in vivo, by analysing the effect of Belamcanda chinensis extract (BCE) on LNCaP cells in vitro, as phytoestrogens are chemopreventive in prostate cancer, and in previous studies we examined the effects of the isoflavone tectorigenin isolated from B. chinensis on LNCaP prostate cancer cells, and a BCE consisting of 13 phytoestrogenic compounds on tumour‐bearing nude mice.

BCE, comprising 13 different phytoestrogens, decreases the expression of the AR and its co‐activator PDEF concomitant with diminished cell proliferation and PSA secretion. NKX3.1 expression was also reduced by BCE. We hypothesise that the positive effects of BCE are initiated by up‐regulation of the ER‐β, a putative tumour‐suppressor gene.

Three in vitro anti-oxidant spectrophotometric assays—DPPH free-radical scavenging test, the phosphomolybdenum assay, and the linoleic acid peroxidation assay were also performed to support the process of bioactivity-guided fractionation and to provide more information about the potential mechanisms of action of the herb under study.

The main compounds were tectoridin and iridin in the glycoside fractions and the aglycones irigenin, tectorigenin, and 5,6,7,3′-tetrahydroxy-4′-methoxyisoflavone. The activities reported here can be regarded to be of additional value when using this plant as a phyto-estrogenic and chemopreventive agent.

Hypoglycemic -Belamcanda chinensis (Iridaceae) belongs to the family of iridaceae and its rhizoma has been widely used for the treatment of throat ailment. Here we report a new pharmacological activity of B. chinensis leaf extract (BCL), that is, the hypoglycemic effect in normal and STZ-induced diabetic rats.

HPLC analysis and compound identification showed that several isoflavone glycosides with antidiabetic activities were contained in BCL while pharmacological experiment showed that the polysaccharide fraction of BCL had no significant hypoglycemic effect on normal rats. 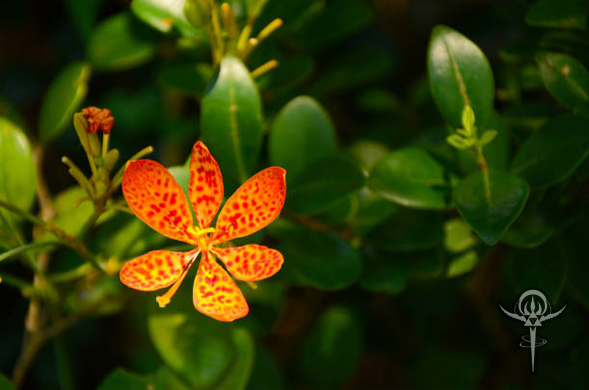