Flammulina Velutipes is the scientific name for the Enokitake mushroom or Enoki for short. 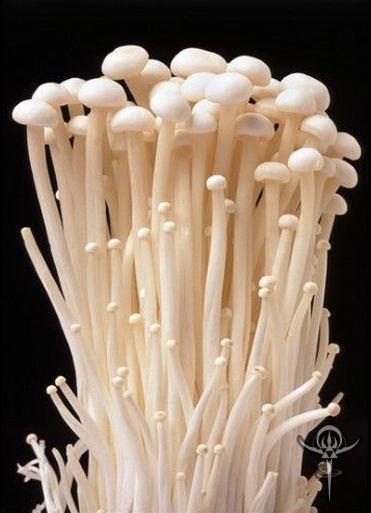 This mushroom originates from japan. Traditionally Enoki has been used because of its mild and delicious flavor with its small crunchy feeling when added to ramen noodles. It contains antioxidant properties and there has been some studies done that found a compound named Ergothioneine which supports the removal of toxins.

This mushroom assists in riding the body of free radicals which translates to support for ones immune system. There is now also animal studies that are showing promising results for an anti-cancer vaccine that uses this compound. 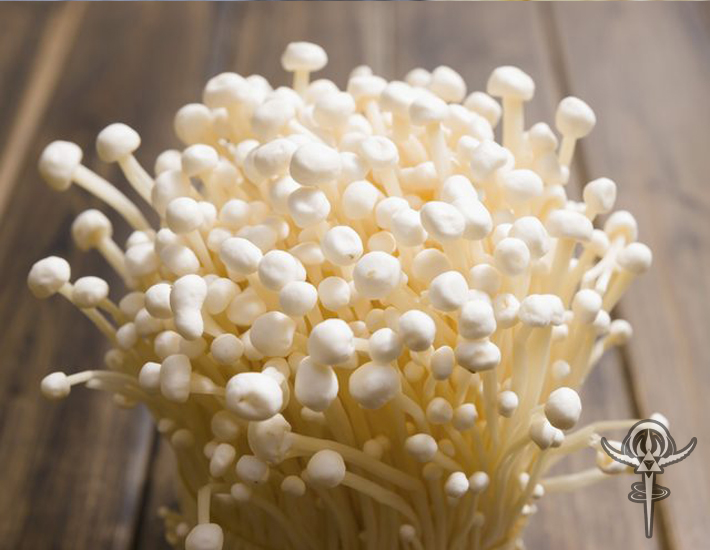 Anti-Tumor - Alkaline-soluble antitumor polysaccharide was prepared from the cell wall of the mushroom Flammulina velutipes.

The polysaccharide exhibited potent anti-tumor activity against sarcoma SC-180 in vivo but not in vitro.

In this next study we show the effect of Flammulina velutipes polysaccharides (FVP) on the production of tumor necrosis factor alpha (TNF-alpha), interferon-gamma (INF-gamma) and interleukin 2 (IL-2) by murine immunocytes.

FVP may regulate murine immune function through promoting the production of TNF-alpha, INF-gamma and IL-2.

The antitumor effect of protein-bound polysaccharide, EA6, derived from fruit bodies of Flammulina velutipes (CURT.ex FR.) SING., when combined with a vaccine treatment was studied by the challenge test in BDF1 mice and L1210 murine leukemia system.

The results in this next study showed that the aqueous extracts demonstrated various types of marked biological actions: an increased production of reactive oxygen forms by neutrophil cells of human peripheral blood; a significant mitogenic activity in a wide range of concentrations; stimulation on production of inflammatory cytokines interleukine 1-β and interleukine-8 by peripheral blood cells; a decrease in both average tumor size in mice with transplanted melanoma B16 and a manifestation of tumorous intoxication; and a prolongation in the survival rate of such mice.

FVPA1, a novel polysaccharide, has been isolated from fruiting bodies of the culinary-medicinal mushroom Flammulina velutipes, a historically popular, widely cultivated and consumed functional food with an attractive taste, beneficial nutraceutical properties such as antitumor and immunomodulatory effects, and a number of essential biological activities.

Sugar analyses, methylation analyses, and 1H, 13C, and 2-dimensional nuclear magnetic resonance spectroscopy revealed the following structure of the repeating units of the FVPA1 polysaccharide Identification of this structure would conceivably lead to better understanding of the nutraceutical functions of this very important edible fungus. Bioactivity tests in vitro indicated that FVPA1 could significantly enhance natural killer cell activity against K562 tumor cells.

We demonstrated that FIP-fve decreases RACGAP1 mRNA and protein levels on RT-PCR and Western blot.

In conclusion, FIP-fve inhibits lung cancer cell migration via RacGAP1 and suppresses the proliferation of A549 via p53 activation pathway.

The present review updates the recent findings on the pharmacologically active compounds, their anti-tumor potential, and underlying mechanism of biological action in order to raise awareness for further investigations to develop cancer therapeutics from mushrooms. The mounting evidences from various research groups across the globe, regarding anti-tumor application of mushroom extracts unarguably make it a fast-track research area worth mass attention.

An epidemiological survey was carried out concerning farmers producing Flammulina velutipes (W.Curt.:Fr.) Singer “Enokitake” from 1972 to 1986 in Nagano prefecture, Japan. Cancer death rates of the farmers were lower than those of the average rate of total Nagano prefecture. Intake of edible mushrooms was suggested as being effective for risk reduction of cancer.

Based on these studies, extracts were made from Hypsizygus marmoreus and Flammulina velutipes, and a preparation called “EEM” (extracts of edible mushrooms) was supplied.

This high anti-proliferation activity was inferred to be owing to the structural characterizations of polysaccharide, and the recognition of biological system for the triple helical structures of polysaccharides. 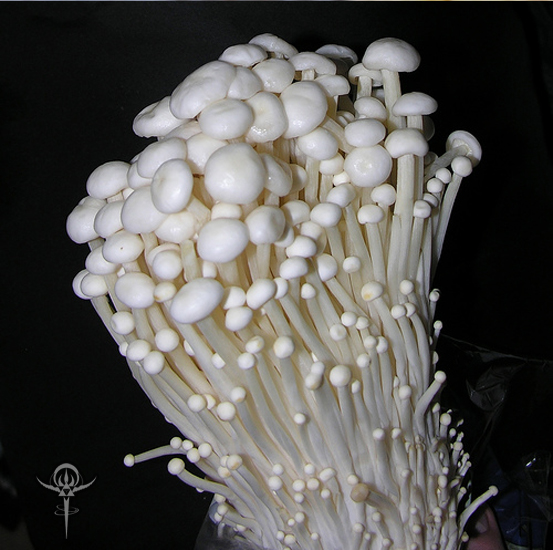