Polyozellus Multiplex or the Blue Chanterelle was first described in 1899 as a distinctive fruit body with blue and purple clusters of mushrooms. 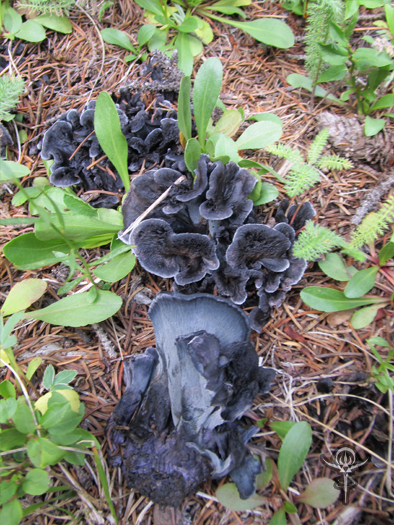 Individual caps can range from 2-cm wide and are typically round or irregularly shaped. The spores are a white powdery deposit when it is ready to expand.

This species of mushrooms grows in coniferous woods near spruce or firs and more often than not near higher elevations. You can find these types of mushrooms in the United States, Canada, Japan and Korea. However it is commercially harvested in Queen Charlotte Islands. 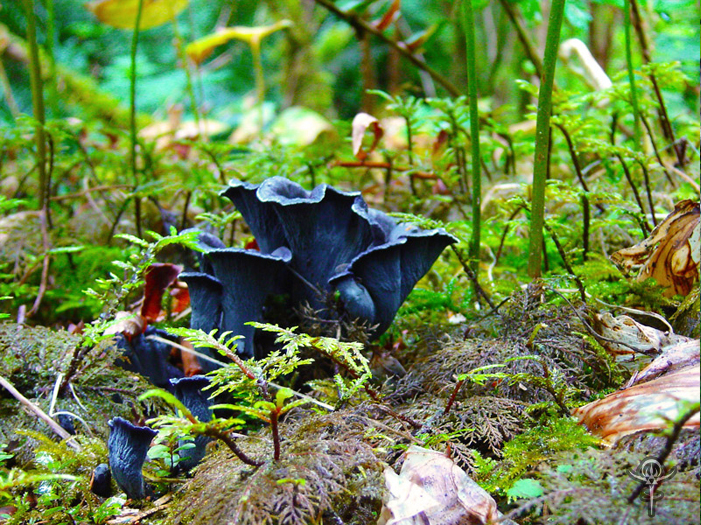 Chemopreventative - Assay of each fraction with MTT revealed significant tumoristatic effects of the water fraction of Polyozellus multiplex against human gastric and other cancer cells but not normal human lymphocytes.

These results suggest that Polyozellus multiplex is a candidate for chemoprevention against gastric cancer.

Methanol extract and its fractions of Polyozellus multiplex inhibited the growth of several tumor cell lines and its water fraction showed a higher cytotoxicity effect of the human gastric carcinoma cell, SNU668 than on the other cell lines.

Polozellus multiplex water fraction caused a significant reduction in the proliferating cell nuclear antigen (PCNA) labelling index in the glandular stomach epithelium as compared with the value of MNNG alone.

Here we evaluated whether polyozellin has the potential to ameliorate diseases characterized by mucosal inflammation in intestinal epithelial HT-29 cells.

Polyozellin, which has been reported to have a variety of biological activities including antioxidant and anticancer activity, is the major active compound found in edible mushroom (Polyozellus multiplex). In this study, we investigated the antiseptic effects and underlying mechanisms of polyozellin against HMGB1-mediated septic responses in HUVECs and mice.

The anti-inflammatory activities of polyozellin were determined by measuring permeability, human neutrophil adhesion and migration, and activation of proinflammatory proteins in HMGB1-activated HUVECs and mice.

Collectively, these results indicate that P. multiplex containing polyozellin could be commercialized as functional food for preventing and treatment of various severe vascular inflammatory diseases via inhibition of the HMGB1 signaling pathway.

In some assays related to angiogenesis, compounds 1 and 2 in particular showed inhibitory effects on proliferation, tubule formation, and invasion of human umbilical vein endothelial cells.

Neuroprotective - In this study, we tried to identify BACE1 inhibitors and neuroprotectants from natural products, in particular, from the Korean mushroom Polyozellus multiplex.

Compounds 1–3 reduced the production of neurotoxic Aβ1-42 production in APPswe-N2a cells in a concentration-dependent manner.

P. multiplex and the isolated p-terphenyls might be useful in the development of lead compounds for the prevention of neurodegenerative diseases, especially Alzheimer's disease.

Polyozellus multiplex (PM), a Korean edible mushroom, has biological activities such as chemoprevention of stomach cancer, inhibition of lipid peroxidation, and reduction of prolyl endopeptidase activity.

In this study, polyozellin (PZ), a key constituent of PM, was applied to glutamate-treated HT22 cells to evaluate its neuroprotective mechanisms.

These data suggest that PM and its constituent PZ might be useful for prevention and treatment of neurodegenerative disorders.

Anti-Cancer - Induction of cellular phase 2 detoxifying enzymes is associated with cancer preventive potential. Quinone reductase (QR) has been used as a prototype for anticarcinogenic phase 2 enzymes because of its widespread distribution in mammalian systems, large amplitude of inducer response, and ease of measurement in murine hepatoma cells.

Methanol extract of Polyozellus multiplex, which shows a strong QR induction potential, was subjected to bioassay-guided fractionation, and polyozellin (PM1) appeared to be a major active component.

Brain Enhancement - Prolyl endopeptidase [PEP] is a serine protease, which is known to cleave peptide substrates in the C-terminal side of proline residues6). It plays an important role in degradation of the proline-containing neuropeptides such as oxytocin, vasopressin, substance P, neurotensin and angiotensin, which were suggested to participate in learning and memory processes7'8-*. It was found that the PEP activity of Alzheimer's patients is significantly higher than that of the normal person9). It has been postulated that specific PEP inhibitors could prevent memory loss and increase attention span in patients suffering from senile dementia

Much effort has been devoted to search for PEP inhibitors in order to develop anti-dementia drugs. PEP inhibitors such as thelephoric acid, kynapcin-9, and polyozellin have been isolated from Polyozellus multiplex. During further investigation of the mushroom 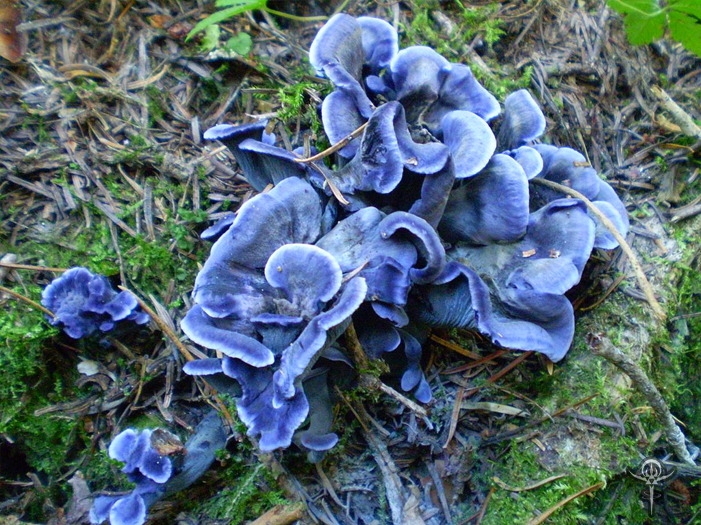