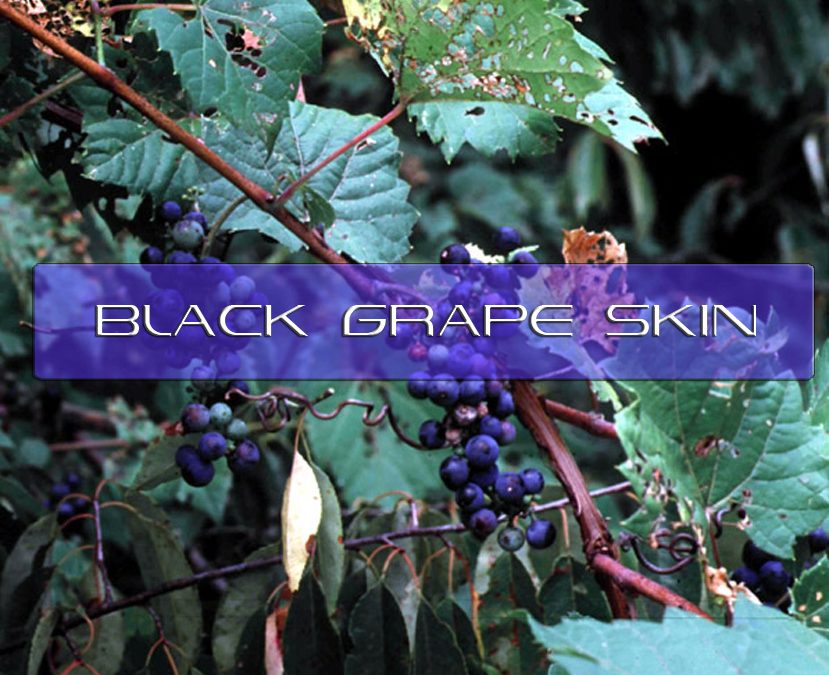 Black Grape Skin are quite known for their colors and delicious flavor that come with an amazing amount of nutrients and antioxidants. The cultivation of such dates back to over 7,000 years ago. 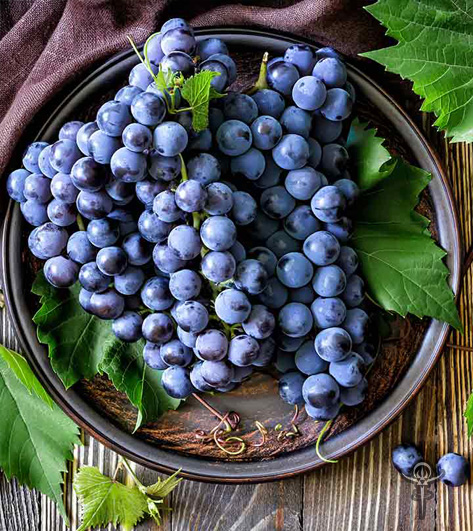 Grapes like to grow in temperate climates all around the world and it includes Africa, Australia, Southern Europe, North and South America. Grapes also come in two variety seeded or seedless and the seedless variety tend to be more utilized.
Black Grapes are considered a superfood and according to the American Heart Association it is an amazing addition to a diet to promote heart and overall balanced diet. 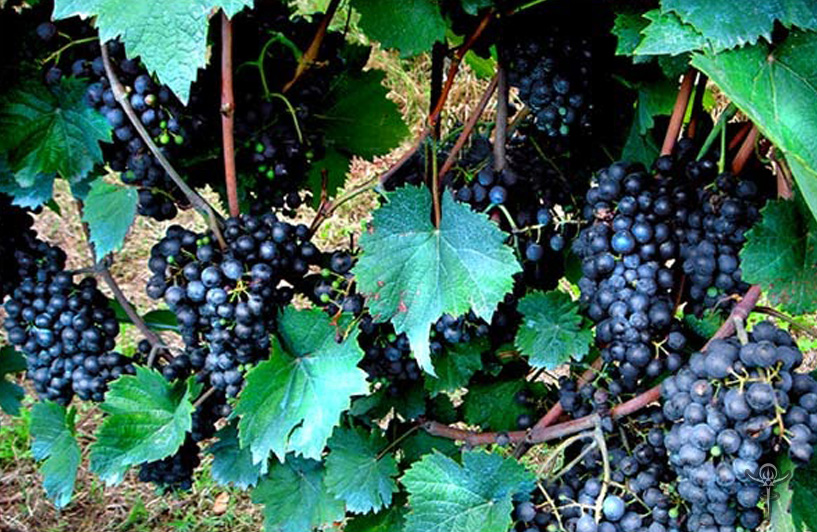 Antioxidant - In this study they investigated the possible contribution of black grape ingestion on plasma antioxidant status and wished to elucidate whether black grape might play a protective role against free radical-mediated pathologic processes or not.

Results suggest that black grape strengthens plasma AOP as does red wine. This result also support the hypothesis that the protective effect of red wine against cellular peroxidation reactions and atherogenesis mainly arises from its flavonoid constituents rather than alcoholic content.

It means that people may gain enhanced antioxidant defense against atherosclerosis by consuming black grape as well instead of drinking red wine if they really drinks for this aim.

Oxidative Stress - the objective of our research was to study parameters of the prooxidative-antioxidative balance in athletes supplied with Panace-Vid preparation consisting of black wine grape extract (Vitis vinifera).

An analysis of the results revealed that the supply of grape extract, in the form of Panace-Vid preparation, contributed to a significant increase in plasma antioxidative capacity and to an insignificant increase in superoxide dismutase, as well as a lower activity of glutathione peroxidase and reduced concentration of lipid peroxidation product levels.

Aim of this next study was to evaluate the potential protective effects of ad libitum black grape (Vitis labrusca) juice against liver oxidative damage in whole-body acute X-irradiated rats.

Heart Health - The aim of this study was to evaluate the potential positive effect of black grape juice (BGJ) on lipid peroxidation considering Total Body Irradiation (TBI) in Wistar rats. High concentration of metabolites from lipid peroxidation in heart, and high LDH level on serum were found only in gamma-irradiated group given placebo, mai