Dragon’s Blood is not from a mythical dragon that flies around. This substance comes from a red plant resin known as the Dracaena Draco, Daemonorops, Dracaena or Croton. 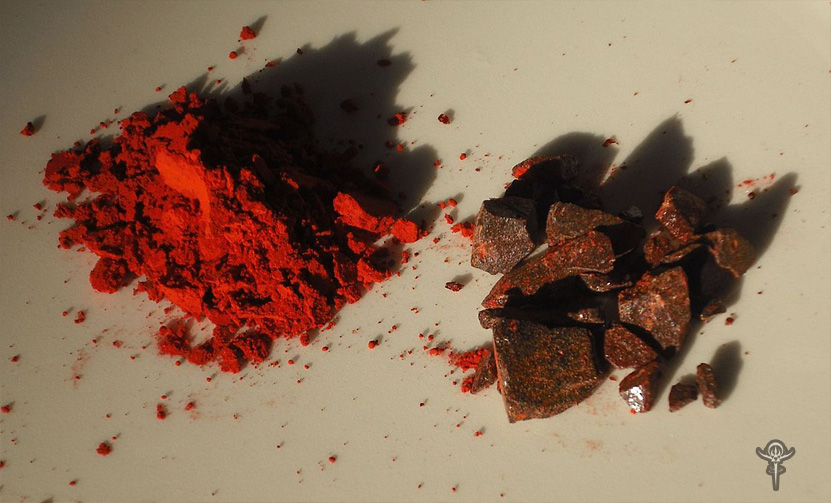 This resin has been sought after because of it’s antiquity in medicinal circles and because of it’s wide variety of properties along with utilizing it as a dye for art. These trees are capable of growing to be over 60 feet tall.
The many compounds contained in Dragon’s Blood are protective antioxidant phenols, along with anti-inflammatory compounds of many types. It also contains “taspine” which is a well know tissue healing agent. 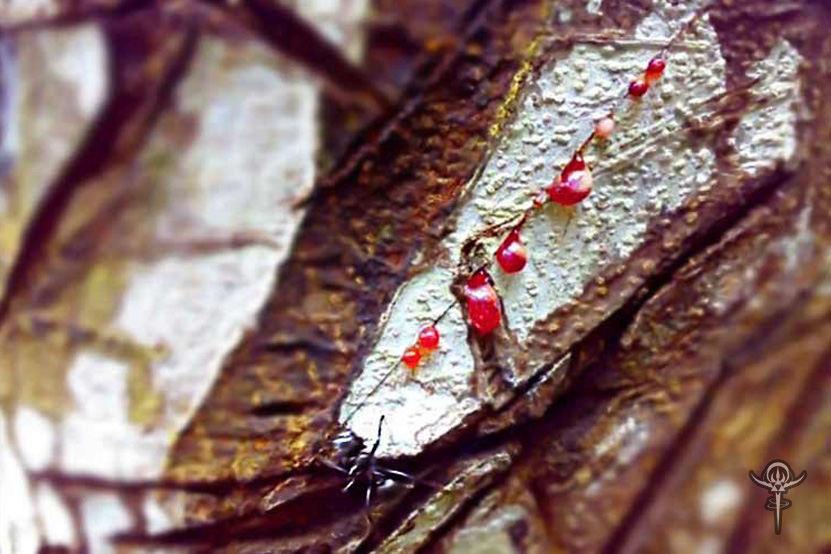 Wound Healing - This clinical trial study was designated to evaluate the wound healing effect of Dragon's blood on human wounds. Sixty patients, between the ages of 14–65 years, who were referred to remove their skin tag, were assigned to this double-blind, placebo-controlled, randomized clinical trial and received either Dragon's blood or a placebo cream.

At the end of trial, there was a significant difference in the mean duration of wound healing between the two groups (p = 0.0001). The phenolic compounds and the alkaloid taspine, which exist in Dragon's-blood resin, are probably the main reasons for the wound healing property of this plant.

This was due to the proanthocyanidins, present in dragon's blood, which stimulate contraction of the wound and precipitate with proteins forming a dark crust covering the wound, but which delay wound repair by a decreased formation of new fibroblasts.

Anti-Diarrheal - Dragon's blood at an oral dose of 600 mg/kg caused in marked inhibition of the diarrhoeal response following castor oil administration as well as the intestinal fluid accumulation promoted by cholera toxin. At a similar dose the red sap significantly inhibited the small intestinal transit which was, however, found to be independent of the opioid mechanism.

These results suggest a potential usefulness of the red sap from Croton urucurana Baill. in the control of secretory diarrhoea associated pathologies.

Antibacterial - In this study, three solvents of varying polarity were used to extract and separate the medium and high polarity compounds from the non-polar compounds of the Dragon's blood resin. The extracts were evaluated for their antimicrobial activity against the food borne pathogens.

Free radical scavenging of CH2Cl2 extract was found to be highest which is in good correlation with its total phenolic content.

Ulcer Remedy - Chemical studies on the constituents of Dracaena cochinchinensis led to the discovery of eight new flavonoid derivative. All isolates were tested for antibacterial activities against Helicobacter pylori (ATCC43504) and thrombin inhibitory effects.

It was observed that the EA fraction had significantly better inhibitory effects than the PB fraction on thrombosis (p < 0.05), platelet aggregation function (p < 0.01) and anticoagulation activity.

Anti-Tumor - Three in-vitro assays have been adopted to examine the cytotoxicity and anti-bacterial activity of the blood-red sap of Croton lechleri from Ecuador, and to examine its effect upon the proliferation of endothelial cells. The sap was found not to be cytotoxic.

This compound is found within the Dragon’s Blood.

Highest Antioxidant in the World- ORAC testing is the most extensive method for analyzing the antioxidant potency of a food or man-made substance. Raw green kale clocks in at around 1,770 when measuring 100 grams (that’s around 3.5 ounces). Using the same weight for average apples, the value is 2,828. (Article) (Article)