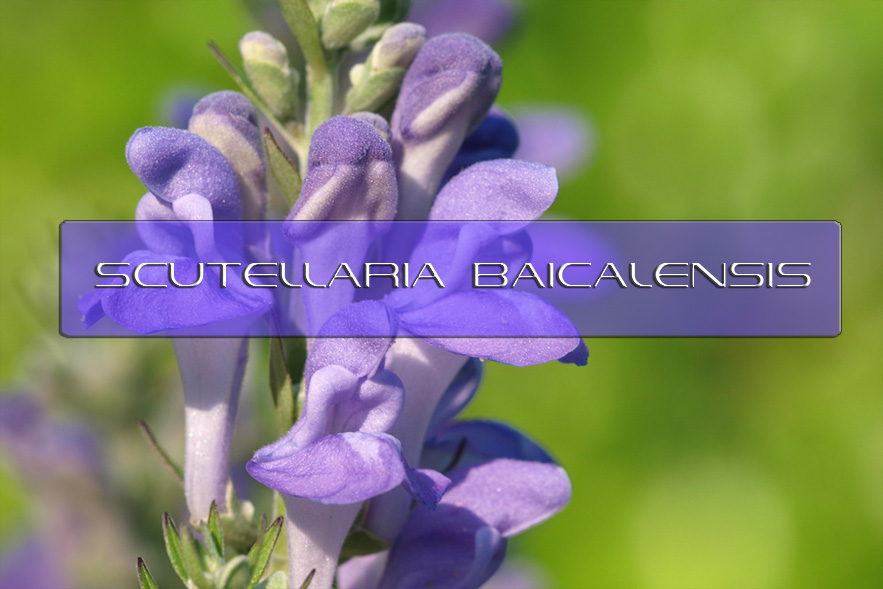 Scutellaria Baicalensis Georgi or better known as Chinese Skull Cap is a type of perennial plant that has long been used in Traditional Chinese Medicine. 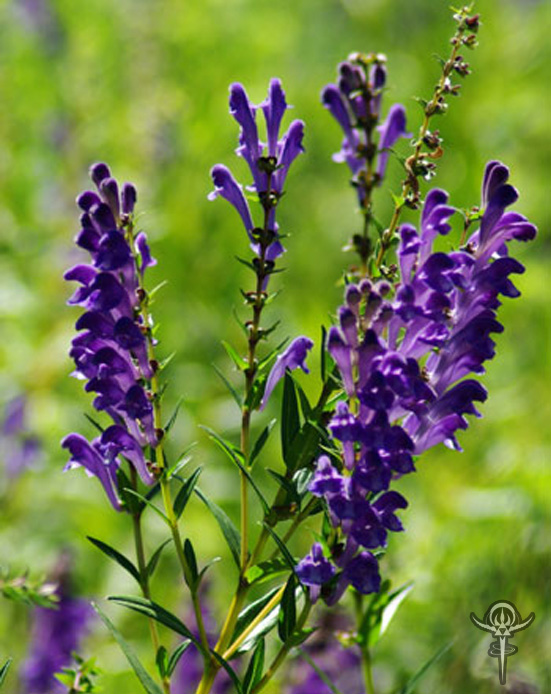 In Traditional Chinese Medicine the common name for this herb is "Huang Qin".

The original way of utilizing this herb was to grind the roots in a mortar and pestle into a find powder which assisted in curing a variety of ailments such as allergies, infections, headaches and inflammation.

The flowering periods for this plant ranges from July to August, while the fruiting period ranges from August to September. This plant enjoys the grassland areas as well as high, dry and rocky slopes. 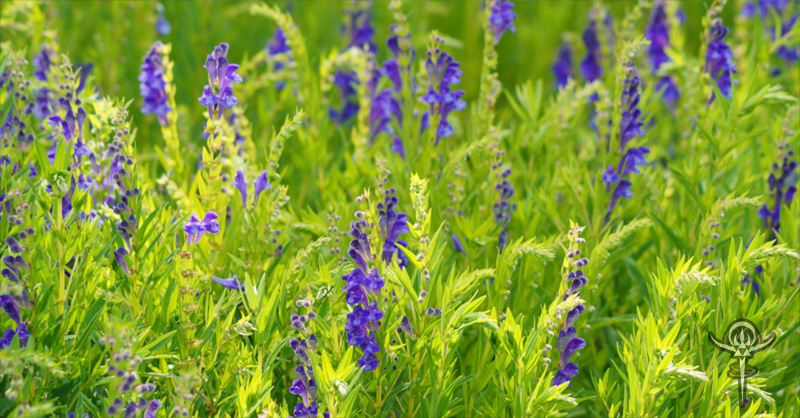 Relaxation and Stress Relief - Studies have been conducted and shown that this plant targets GABA Receptors in the brain, these receptors are responsible for the body's own natural relaxation receptors. It is also a hormone that is produced to assist with sleep, and pain relief.

Physiological analyses in THP-1 cells showed that wogonin induced cell cycle arrest at G2/M phase and apoptosis. This is the first report discovering a cancer-specific apoptosis-inducing activity of wogonin.

Neuroprotection - Baicalin, a flavonoid compound isolated from the plant Scutellaria baicalensis Georgi, is known as a protective agent against delayed neuronal cell death after ischemia/reperfusion.

To investigate the neuroprotective mechanism of baicalin, the present study was conducted to explore whether the alterations of GABAergic signaling, heat shock protein 70 (HSP70) and mitogen-activated protein kinases (MAPKs) were involved in its neuroprotection on gerbils global ischemia.

These findings suggest that baicalin activates GABAergic signaling, HSP70 and MAPKs cascades in global ischemia, which may be a mechanism underlying the baicalin's neuroprotection.

Cancer Cell Proliferation - The purpose of this study is to verify its anticancer activity on head and neck squamous cell carcinoma (HNSCC) in vitro and in vivo and to investigate its effect on cyclooxygenase-2 (COX-2), which converts arachidonic acid to prostaglandin E2 (PGE2) and is highly expressed in HNSCC.

Scutellaria baicalensis selectively and effectively inhibits cancer cell growth in vitro and in vivo and can be an effective chemotherapeutic agent for HNSCC. Inhibition of PGE2 synthesis via suppression of COX-2 expression may be responsible for its anticancer activity.

NMDA Antagonist- In conclusion, our study convincingly demonstrated that the neuroprotective effect of the S.B. ethanol extract on the Glu or NMDA induced excitotoxicity was mediated through the blockade of NMDA receptors. So this extract can act as NMDA receptor antagonist and these may find potential applications for the discovery of neuroprotective agents from plant sources.

Flavonoid-rich extracts from the mature roots of Scutellaria baicalensis have been shown to exhibit antiproliferative effects on various cancer cell lines. We assessed the ability of an ethanolic extract of S. baicalensis root to inhibit the proliferation of malignant glioma cells.

Results indicated that Scutellaria baicalensis not only inhibits cellular growth in recurrent and drug resistant brain tumor cell lines, but also demonstrates an increased inhibitory effect when used in conjunction with BCNU.

The results of this study support the efficacy of S. baicalensis as an anticancer agent for glioblastomas multiforme and a potential adjuvant treatment to current chemotherapeutic agents used in the treatment of both primary and recurrent GBMs.

In the Morris water maze task, the aged rats always took longer latency to find the hidden platform and spent less time swimming in the target quadrant than those of young control rats.

These results indicate that the beneficial effects of SSF on memory impairment and neuronal damage in aged rats may be important for the treatment of senile dementia and for delaying the ageing processes.

Anti-Tumor - To search for possible anti-tumor-promoters, fourteen flavones obtained from the root of Scutellaria baicalensis were examined for their inhibitory effects on the Epstein-Barr virus early antigen (EBV-EA) activation by a short-term in vitro assay.

Three major components (baicalin, baicalein and wogonin) of the chloroform extract were further tested for their anti-inflammatory activity using the same model. It was found that baicalin exhibits the greatest inhibition activity against carrageenan-induced rat paw edema.

LYME DISEASE- The most effective antimicrobial compounds against all morphological forms of the two tested Borrelia sp. were baicalein (skullcap)and monolaurin(coconut oil). 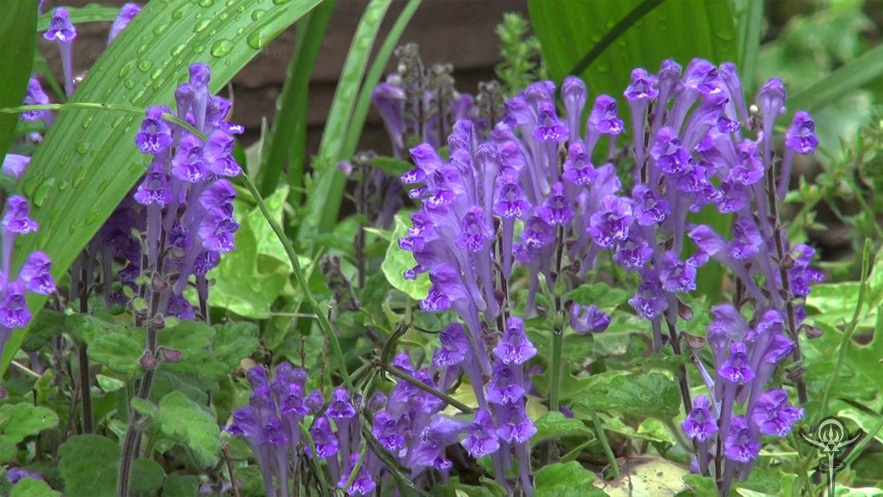