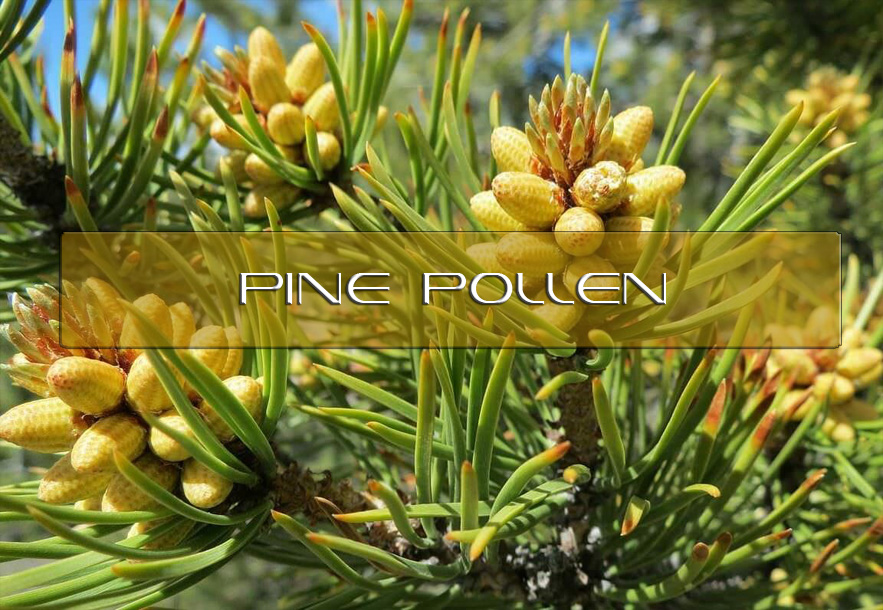 Pine Pollen has been known as a superfood for thousands of years and is made from certain tree species such as the Scots Pine and the Chinese Red Pine. 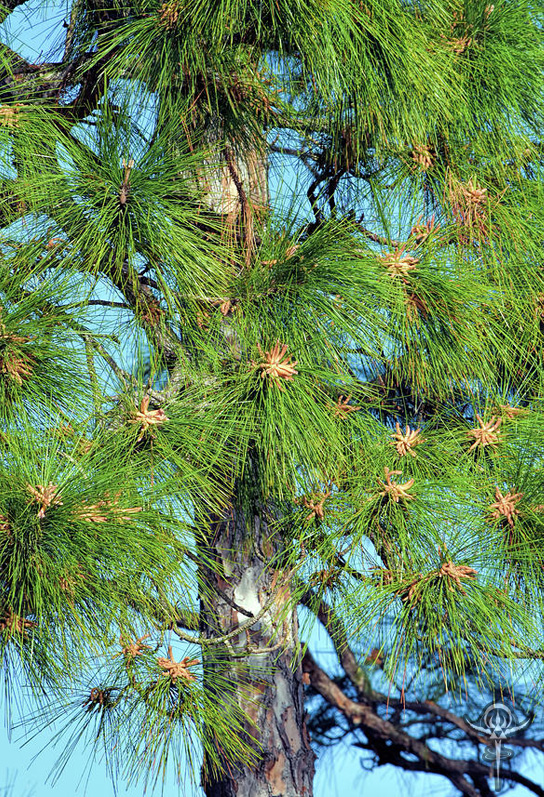 There are a wide variety of uses for pine pollen because of it's adaptogenic properties, which is to say it has the ability to give your body exactly what is required during times of stress.

When used as a nutritional supplement it can support a wide variety of vitamins and minerals to be added to your body such as Vitamins A, B-Carotene, B1, B2, B3, B6, Folic Acid, Vitamin D, and Vitamin E.

The pine pollen extract also produced a significant inhibition of carrageenan‐ and formalin‐induced paw edema as well as arachidonic acid‐induced ear edema in mice. he inhibitions were similar to those produced by aminopyrine and indomethacin, p.o. The different polyphenols found in pine pollen could account for the antinociceptive and antiinflammatory actions.

The results obtained indicate that the extract possesses analgesic and antiinflammatory effects.

Antioxidant - To determine the medicinal properties of pine pollen, the antioxidant and antiinflammatory activities of the ethanol extract of pine pollen extract (PPE) were investigated. PPE displayed a strong free radical scavenger activity on 1,1‐diphenyl‐2‐picrylhydrazyl radical and hydrogen peroxide.

PPE was found to inhibit the production of nitric oxide, tumor necrosis factor‐α, IL‐1 and IL‐6 in LPS‐activated macrophages. These findings suggest that pine pollen is a potential antioxidant and beneficial for inflammatory conditions through down‐regulation of JNK and MMPs.

Menopause Hot flushes - Hot flushes or hot flashes are one of the vasomotor symptoms frequently found in menopausal women and andropausal men.

This study aimed to investigate the effects of pine pollen extract from Pinus patula ssp. tecunumanii in relieving hot flushes in rats with sex hormone depletion.

Pine pollen has been used in traditional Chinese medicine (TCM) for health restoration, anti-aging, and longevity tonic supplements. Since Scotch pine contains steroid hormones, it has been claimed for maintaining men’s health.

Pine pollen extract from Pinus patula ssp. tecunumanii could be classified as a phyto-androgen that might balance testosterone and estrogen levels, resulting in alleviating the symptoms of sex hormone deficiency such as hot flushes, night sweating, and sleep disturbance.

Anti-Aging - The present paper was designed to investigate the effect of pine pollen against aging in human diploid fibroblast 2BS cells and in an accelerated aging model, which was established by subcutaneous injections with D-galactose daily for 8weeks in C57BL/6J mice.

Besides, pine pollen reversed D-galactose-induced aging effects in neural activity and inflammatory cytokine levels, as indicated by improved memory latency time and reduced error rate in step down test and decreased concentrations of IL-6 and TNF-α in model mice.

Our finding presents pine pollen as an attractive agent with potential to retard aging and attenuate age-related diseases in humans. Our work first directly proves the antiaging efficacy of the natural agent both in vivo and in vitro and thus inspires the new application for this drug in gerontological area.

Prostate Health - In this next study, the effect of masson pine pollen on the metabolism of trace elements zinc and copper in rats with benign prostatic hypertrophy (BPH) was tested.

Masson pine pollen can remarkably inhibit BPH in rats. One possible mechanism may involve its regulatory effect on the metabolism of zinc and copper.

Vitamin D - Unconjugated vitamin D and its metabolites were investigated in the pollen of Pinus nigra. It was found that vitamin D (D2, D3) was present in the pollen in amounts about 2 micrograms/10 g and 25-OHD3, 24,25-dihydroxycholecalciferol [24,25-(OH)2D3] and 1,25-dihydroxycholecalciferol [1,25-(OH)2D3] between 0.1 and 3 micrograms/10 g of pollen, dependent on pollen species and methods.

The oxidative stress also disrupted hepatic cell growth and induced pyknosis. Although MPPAE did not prevent decreased proliferation of L-02 cells, the treatment alleviated some CCl4-induced cell morphology changes and inhibited the abnormal rise of ALT (39.8%-70.1%) and AST (14.75-27.25%) activities in a dose dependent manner.

According to our in vitro model, MPPAE specifically prevented the changes in cell morphology and functional injury caused by CCL4 treatment; however, it offered limited protection against damage-induced reduction of proliferation.

Testosterone - When broken down the chemical composition of Pine Pollen consists of: 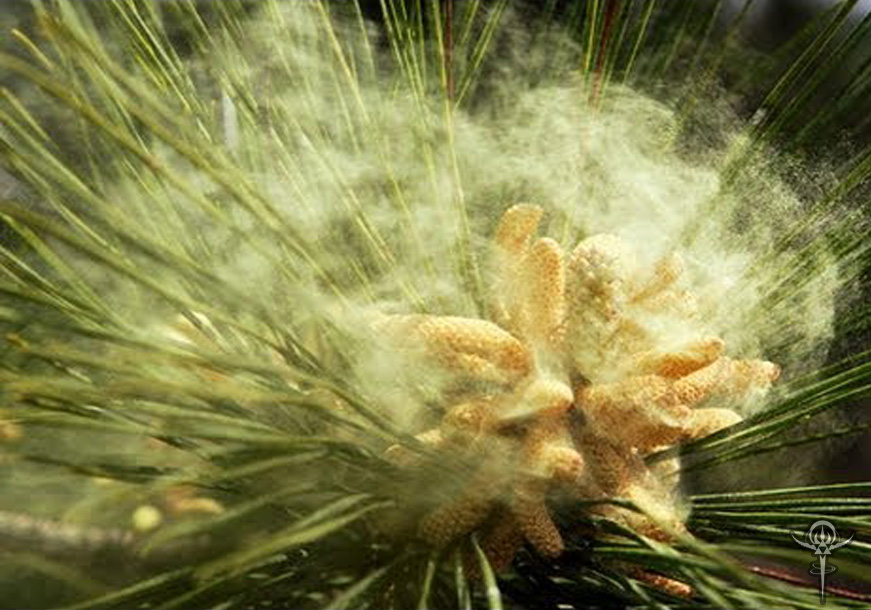