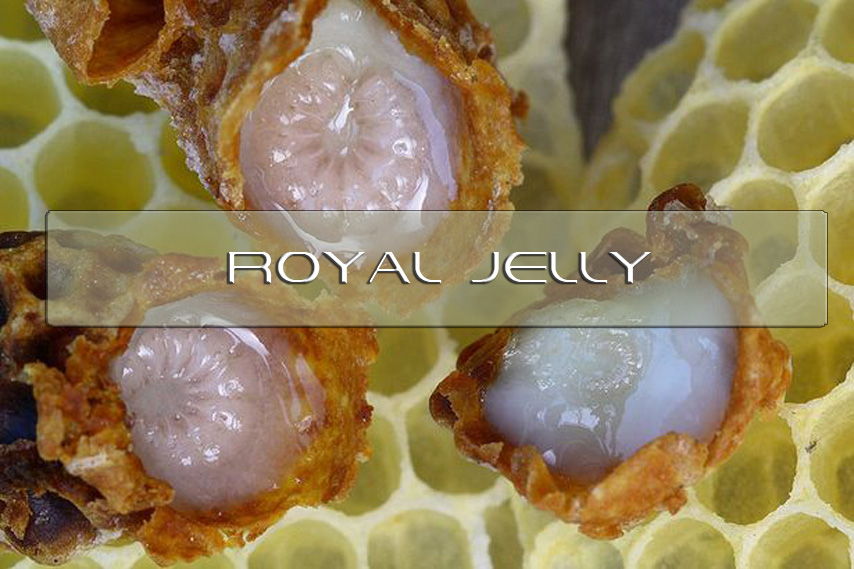 Royal Jelly is a milky white substance that is produced by the worker honey bees to feed the queens and the young bees. 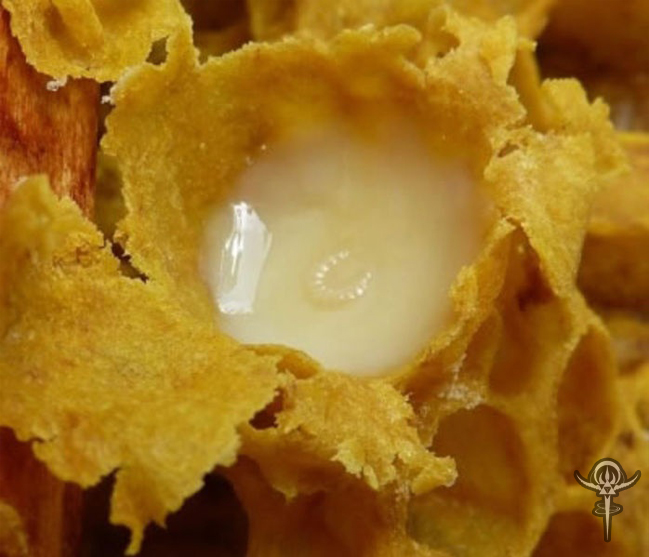 This substance is utilized to nurse the bees from larva stage and is a signal for the larva to become a queen. Similar to regular honey, royal jelly can be harvested in a similar fashion however much more care and time is required.

Greeks were said to describe royal jelly as the nectar of the gods and even the famous Philosopher Aristotle thought it to be a vital supplement for his pupils to take it as part of their daily breakfast. 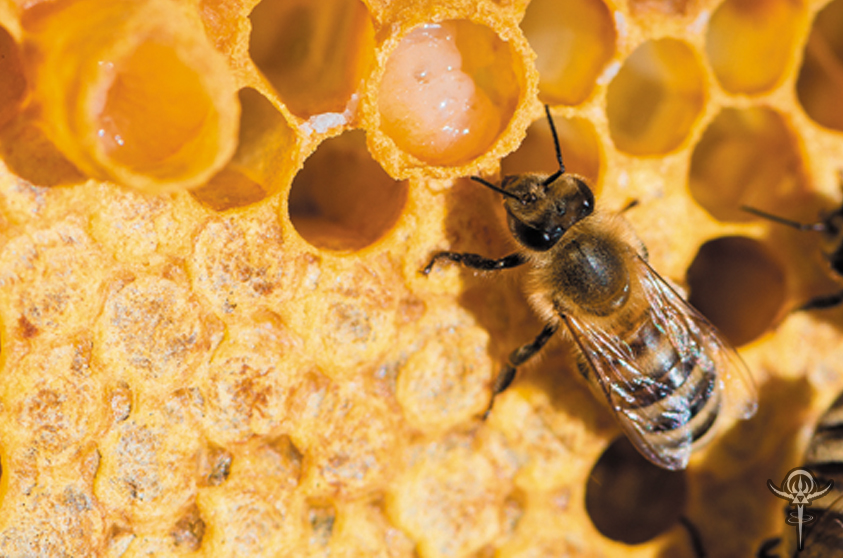 Antibacterial - A new potent antibacterial protein, for which we propose the name royalisin, was found in royal jelly of the honeybee Apis mellifera L. and purified to homogeneity for the first time by acid extraction, gel filtration, and reverse-phase high pressure liquid chromatography.

Royalisin was found to have potent antibacterial activity against Gram-positive bacteria at low concentrations, but not against Gram-negative bacteria. Royalisin may be involved in a defense system active against bacterial invasion of the honeybee.

This suggests that the antioxidant properties of these peptides are due to a combination of these abilities to act as free-radical scavengers.

Anti inflammatory - In this study, we have examined the anti-inflammatory actions of royal jelly (RJ) at a cytokine level. We named the factor for honeybees RJ-derived anti-inflammatory factor (HBRJ-AIF), and further investigated the molecular aspects of it.

Our results suggest that RJ has anti-inflammatory actions through inhibiting proinflammatory cytokine production by activated macrophages.

In this study, anti-inflammatory effects of Royal Jelly were investigated by inducing renal inflammation in rats with the use of ethylene glycol. For this purpose, the calcium oxalate urolithiasis model was obtained by feeding rats with ethylene glycol in drinking water.

Royal Jelly is also considered to have anti-inflammatory effects due to its possible antiradical and antioxidative effects. It can have positive effects on both the prevention of urolithiasis and possible inflammation during the existing urolithiasis and support the medical treatment.

From these results, it can be concluded that the long - lasting hypotensive effect of oral administration of RJPH is dependent on the MWs of its ACE inhibitory peptides and the time required to digest them.

Wound Healing - Chronically diabetic rats prepared by a single i.v. Injection of streptozotocin were used to study whether royal jelly (RJ) possesses a hypoglycemic reaction and whether it can augment wound healing.
RJ also shortened the healing period of desquamated skin lesions. Thus, RJ possesses an anti-inflammatory action and is able to augment wound healing, but does not have an insulin-like action in streptozotocin-diabetic rats.
(Article)
Foot ulcers and infections are the major sources of morbidity in individuals with diabetes mellitus. This study aimed to evaluate the efficacy of topical Royal Jelly (a worker honey bee product) on healing diabetic foot ulcers.
A total of eight patients were enrolled in this study. Of these, two had two ulcers and, therefore, ten ulcers were evaluated. Two ulcers were excluded. Seven of the remained eight ulcers healed.
Royal Jelly dressing may be an effective method for treating diabetic foot ulcers besides standard treatments.

Cholestorol and Lipoprotein - Royal jelly (RJ) has several physiological effects and is widely used in commercial medical products and health foods. We examined the effects of RJ supplementation on serum lipoprotein metabolism in humans.
Among the lipoprotein fractions, small very-low-density lipoprotein was decreased (p<0.05) after RJ intake. Our results suggest that dietary RJ decreases TC and LDL by lowering small VLDL levels. 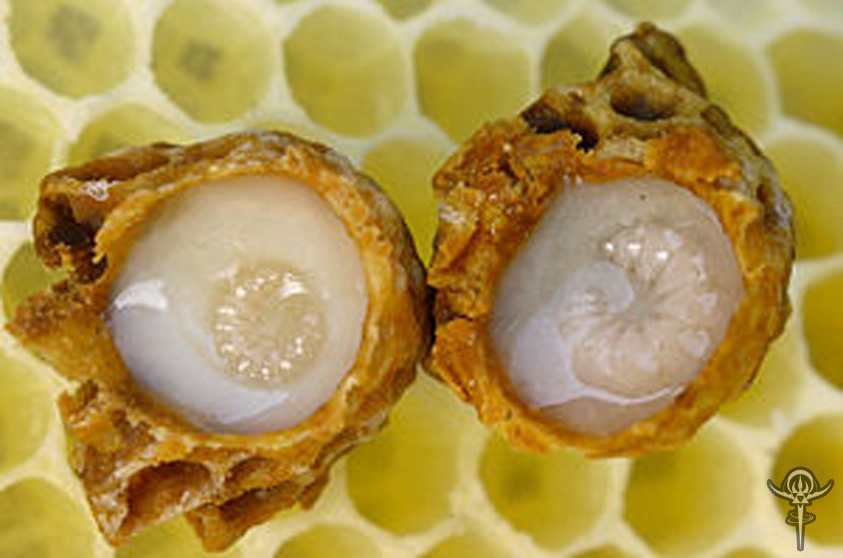