Asparagus Racemosus or the Shatavari is an adaptogenic herb known within ayurveda to balance both the pitta and the vata. 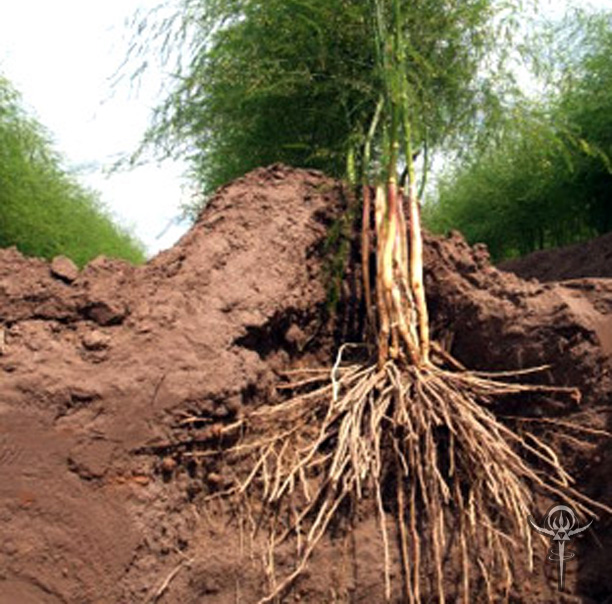 This plant contains antioxidant and antibacterial effects which are said to improve the immune system. There is also a growing interest in this plant for diabetes treatment as it was recently discovered that the plans can stimulate insulin secretion. It is a known adaptogenic herb and can assist with the coping of both emotional and physical stresses.
The translation of this herb means "having one hundred roots" and it's name gives symbolic representations in the uses of it as a rejuvenation tonic for the female reproductive system. 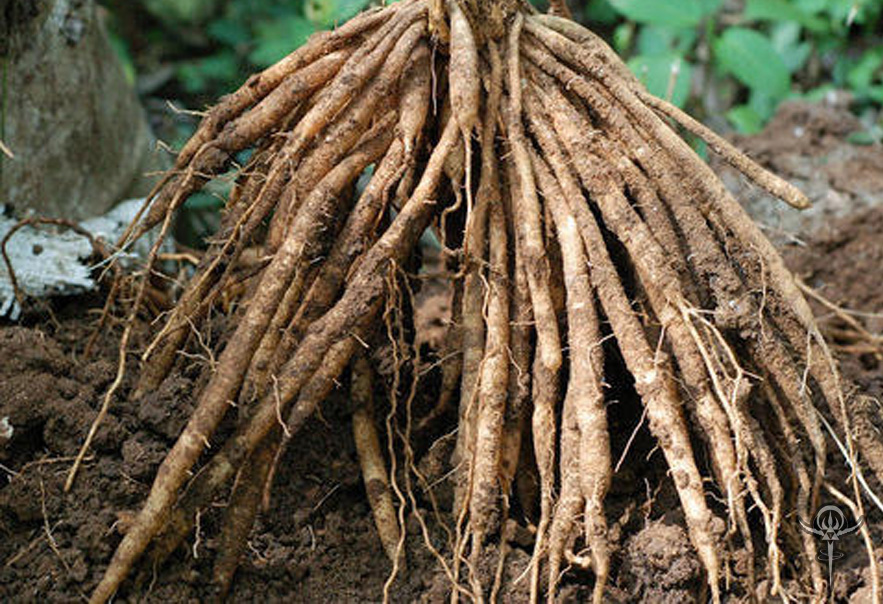 Antioxidant - The possible antioxidant effects of crude extract and a purified aqueous fraction of Asparagus racemosus against membrane damage induced by the free radicals generated during γ-radiation were examined in rat liver mitochondria.

Using an effective dose of 450 Gy, antioxidant effects of A.racemosus extract were studied against oxidative damage in terms of protection against lipid peroxidation, protein oxidation, depletion of protein thiols and the levels of the antioxidant enzyme, superoxide dismutase. An active fraction consisting of polysaccharides (termed as P3) was effective even at a low concentration of 10 μg/ml.

The inhibitory effects of these active principles, at the concentration of 10 μg/ml, are comparable to that of the established antioxidants glutathione and ascorbic acid. Hence our results indicate that extracts from A. racemosus have potent antioxidant properties in vitro in mitochondrial membranes of rat liver.

Their potential ulcer protective effects both, experimentaland clinical seemed to be due to their predominant effects on various mucosal defensive factors ratherthan on the offensive acid-pepsin secretion. Thus, the above herbal / herbo-mineral drugs do havepotential usefulness for treatment of peptic ulcer diseases.

Anti-Diarrhoeal - The present study was under-taken to evaluate the effect of ethanol and aqueous extracts of Asparagus racemosus for its antidiarrhoeal potential against several experimental models of diarrhea in Albino Wistar rats.

Anti-Anxiety - In the present study, the anxiolytic activity of standardized methanolic extract of root of Asparagus racemosus (MAR) was evaluated in open-field test (OFT), hole-board, and elevated plus maze (EPM) tests. The anxiolytic activity in the experimental models was similar to that of diazepam.

Thus, the anxiolytic response of MAR may involve GABA and serotonergic mechanisms. These preclinical datas show that AR can be a potential agent for treatment of anxiety disorders.

Results of this study suggested that A. racemosus has beneficial effect in the treatment of diabetic nephropathy.

Cough Remedy - The methanol extract of Asparagus racemosus root (200 and 400 mg/kg, p.o.) showed significant antitussive activity on sulfur dioxide-induced cough in mice, the cough inhibition (40.0 and 58.5%, respectively) being comparable to that of 10–20 mg/kg of codeine phosphate.

Anti-Inflammatory - Asparagus racemosus root extracts (AR) have been reported to possess a variety of pharmacological properties. The aim of the present study was to develop liposomes of AR and to assess their physicochemical characteristics and anti‑inflammatory activity in the monocytic leukemia cell line.

It can be concluded from the present study that AR liposomes have the potential to be used a formulation for topical and/or transdermal drug delivery to provide anti-inflammatory activity.

Alzheimer's Disease - The existing study displays that EEAR roots possesses an outstanding source for natural nootropic and confirming the traditional uses of this plant which could be industrialized for enhancing learning and memory impairment associated with neurodegenerative disorders particularly AD.