Aurantii Nobilis Pericarpium or the Citrus Unshiu is a type of seedless and easy to peel citrus and originates in China. 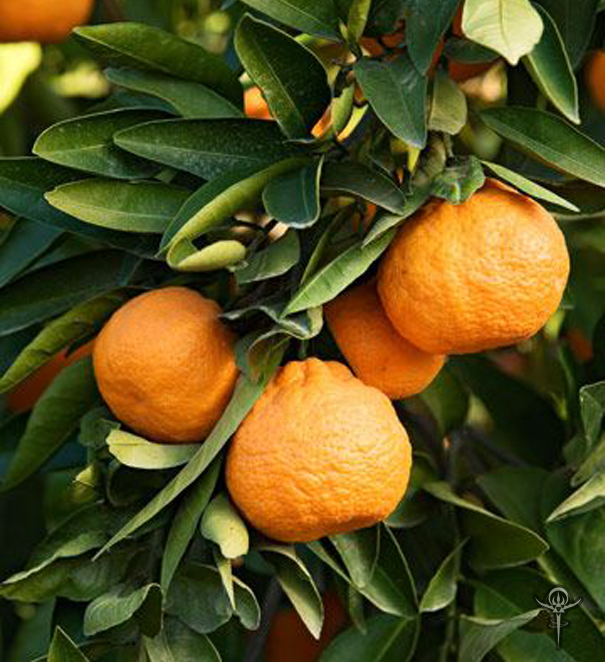 A common english name for this fruit is also known as the Satsuma.
This fruit is known to be one of the sweetest tasting citrus variety and has a tender texture. This species of citrus is said to be a different species than the mandarin all together. While the fruit only became common within the United States in the late 19th century. It was during the Meiji period of 1878 when the citrus Unshiu was first brought to the United States. 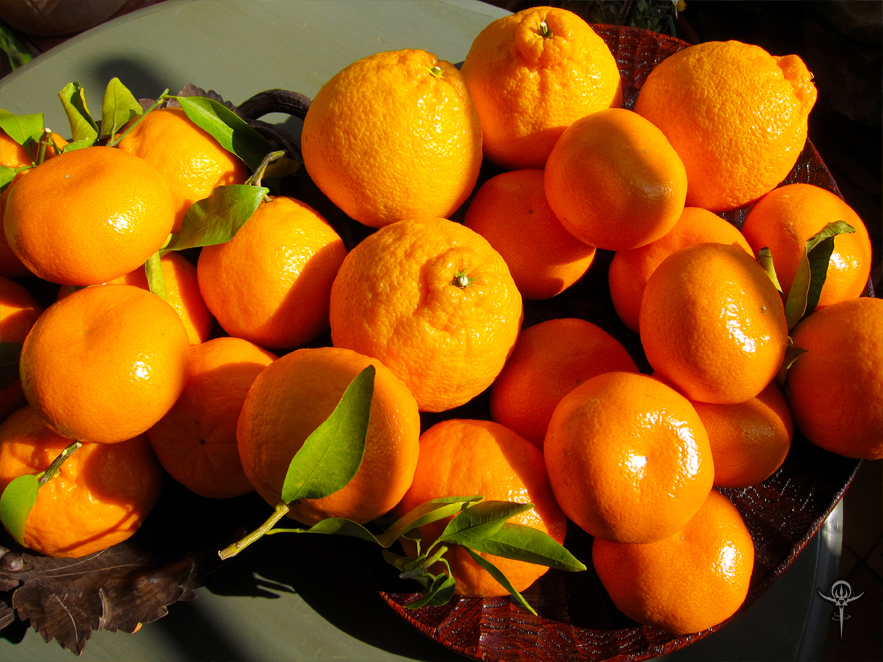 Neuroprotective Effect - In this study, they investigated the effects and underlying mechanism of nobiletin and Citrus unshiu immature peel (CUIP) water extract, which contains nobiletin as a major compound, on hydrogen peroxide-induced oxidative stress in HT22 cells, a murine hippocampal neuronal model.

These results show that CUIP and nobiletin can protect against hydrogen peroxide-induced cell death in HT22 neurons via mitogen-activated protein kinases and apoptotic pathways.

Anti-Tumor -Citrus unshiu (Satsuma mandarin, SM) is a citrus fruit the peel of which has been used as a traditional Chinese medicine to treat common cold, relieve exhaustion, and cancer. In this study, we examined how effectively the content and peel extracts of SM can suppress cancer growth.

The content and peel extracts of SM inhibited the growth of tumor cells in tumor-bearing mice. Especially, average tumor volume of two groups treated with 3 and 30 mg peel extracts per mouse weight (kg) were significantly decreased.

Anti-Cancer - Citrus unshiu contains nobiletin, a chemical shown to create cell cycle arrest in cancer cells. Tangeretin and nobiletin are citrus flavonoids that are among the most effective at inhibiting cancer cell growth in vitro and in vivo. The antiproliferative activity of tangeretin and nobiletin was investigated in human breast cancer cell lines MDA-MB-435 and MCF-7 and human colon cancer line HT-29. Both flavonoids inhibited proliferation in a dose- and time-dependent manner, and blocked cell cycle progression at G1 in all three cell lines.

These data indicate that, in these cell lines at concentrations that inhibit proliferation up to 80% over 4 days, tangeretin and nobiletin are cytostatic and significantly suppress proliferation by cell cycle arrest without apoptosis.

Anti-Tumor - In this next study, they demonstrated the antitumour effects of nobiletin (5,6,7,8,3′,4′‐hexamethoxyflavone), a citrus flavonoid extracted from Citrus depressa Hayata, on human gastric cancer cell lines TMK‐1, MKN‐45, MKN‐74 and KATO‐III.

Although the effective dose and administration route of nobiletin require further investigation, this study represents a potential successful linking of this compound with the treatment of gastric cancer.

By reverse transcription polymerase chain reaction (RT-PCR), we showed that both the ethyl acetate layer of Citrus unshiu peel extract and fraction 7 decreased HCV absorption in MOLT-4 cells. Furthermore, we demonstrated that 3′,4′,5,6,7,8-hexamethoxyflavone (nobiletin) is the active ingredient that markedly inhibited HCV infection in MOLT-4 cells.

Anti-Diabetes - Citrus unshiu peel is a rich source of citrus flavonoids that possess anti-inflammatory, anti-diabetic and lipid-lowering effects. However, the ability of citrus unshiu peel ethanol extract (CPE) to improve hyperglycemia, adiposity and hepatic steatosis in Type 2 diabetes is unknown. Thus, they evaluated the effects of CPE on markers for glucose, lipid metabolism and inflammation in Type 2 diabetic mice.

The antihyperglycemic effect of CPE appeared to be partially mediated through the inhibition of hepatic gluconeogenic phosphoenolpyruvate carboxykinase mRNA expression and its activity and through the induction of insulin/glucagon secretion.

Taken together, we suggest that CPE has the potential to improve both hyperglycemia and hepatic steatosis in Type 2 diabetes. 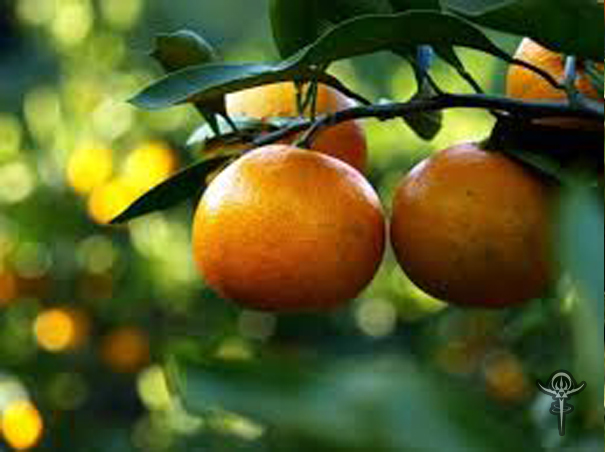