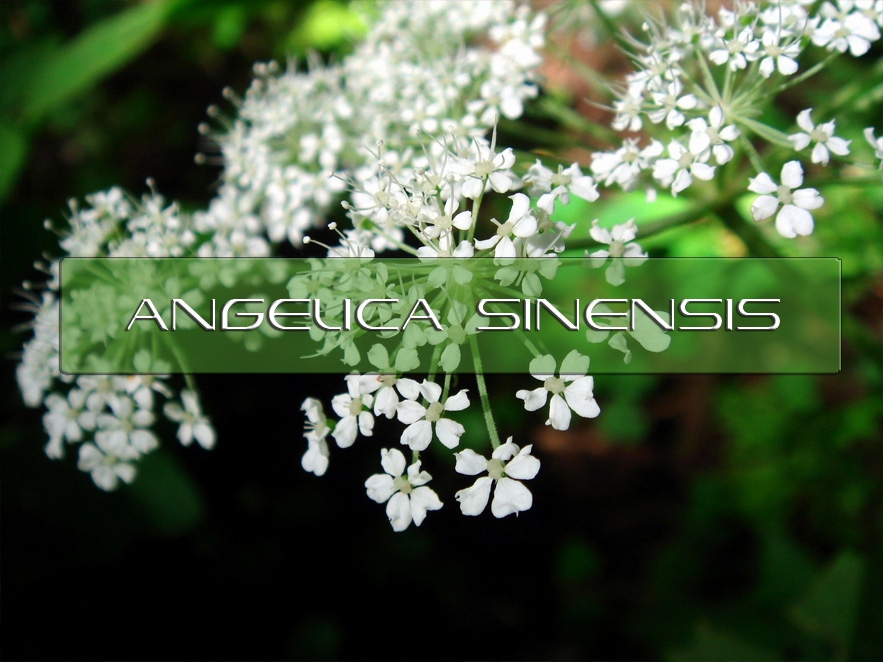 Angelica Sinensis or what you may know it as "Dong Quai" is an herb that hails from China, Japan and Korea. 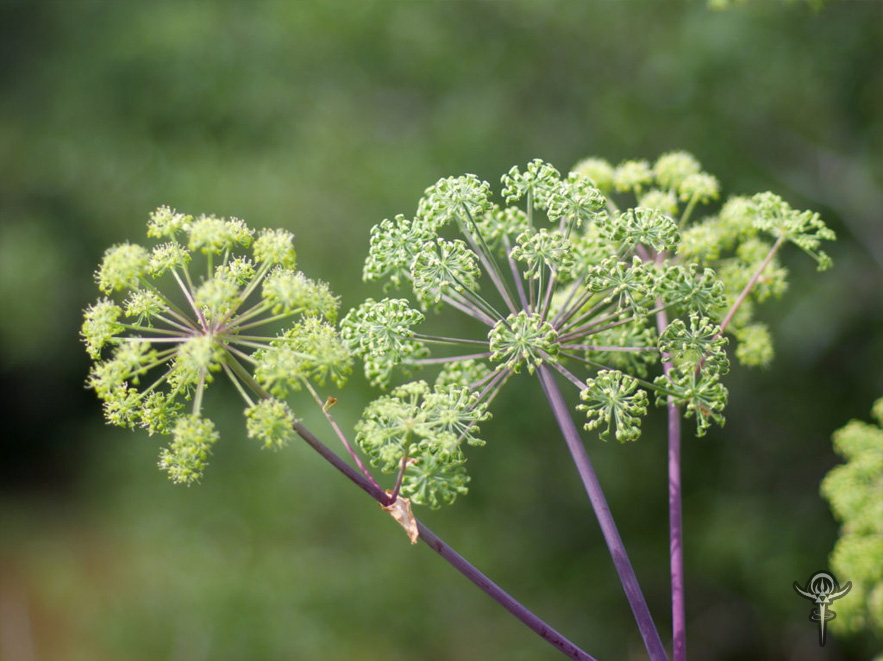 This is also known as the female ginseng and is said to have a unique ability to balance hormone levels, improve heart health, increase libido in both men and women and cure infertility. It is the yellow root of the dong quai that is said to contain the powerful chemical compounds. The compound that is sought after is known as coumarin which is a naturally occurring compound that is in many other plants as well. 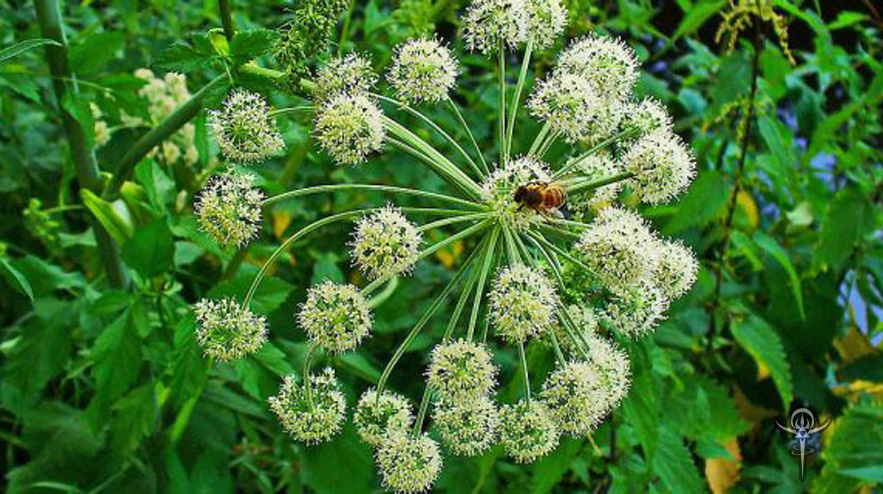 Anti-Osteoporotic Effects - In the present study, they examined the anti-osteoporotic effects of A. sinensis extract in an ovariectomized (OVX) rat model of osteoporosis as well as toxicity of the extract after repeated oral administration.

The results obtained indicate that A. sinensis extract can prevent the OVX-induced bone loss in rats via estrogen-independent mechanism.

The results showed that aqueous extracts of these crude drugs exhibited antioxidant activities in a concentration‐dependent manner. All extracts displayed an inhibitory effect on FeCl2‐ascorbic acid induced lipid peroxidation in rat liver homogenate in vitro.

Angiogenic Effects - This investigation describes the angiogenic effects of Angelica sinensis (AS) extract on human endothelial cells (HUVEC) in vitro and zebrafish in vivo. The wound healing migration assay illustrated that a dramatic increase in migration could be measured in AS extract‐treated HUVEC. Meanwhile, the number of invaded cells and the mean tube length were significantly increased in AS extract treatment groups.

All results suggest that Angelica sinensis extract can promote angiogenesis.

Neuroprotection - Ligustilide (LIG) is a principal active ingredient of traditional Chinese medicine, Radix Angelica sinensis, which has versatile pharmacological activities including neuroprotection. Previous studies have demonstrated that LIG has beneficial effects on cognition deficits associated with cerebral damage or neurodegenerative disorders. In present study, we investigated the neuroprotective effect of LIG on cognitive impairment and neurotoxicity in the brain of aging mouse induced by d-galactose (d-gal).

The aging model mice were induced by subcutaneous (S.C.) injection of d-gal once daily for 8 weeks and LIG (80 mg/kg) was simultaneously administered orally. The Morris water maze (MWM) test was used to assess the spatial learning and memory abilities. The activity of Na+–K+-ATPase and the content of lipid peroxidation product malondialdehyde (MDA) in brain were examined. The levels of glial fibrillary acidic protein (GFAP), growth-associated protein GAP-43, and cleaved caspase-3 in brain were also determined by immunohistochemistry. The MWM test showed that LIG administration markedly improved behavioral performance of d-gal treated mice.

This action could be partly explained by the results that LIG reduced the level of MDA as well as increased the activity of Na+–K+-ATPase in the brain of d-gal induced aging mice. Moreover, LIG significantly raised the expression of GAP-43 and reduced cleaved caspase-3 and GFAP levels in the brain of d-gal treated mice. These results demonstrated that LIG improves d-gal-induced cognitive dysfunction and brain toxicity, which suggests that LIG may be developed as a new medicine for the treatment of aged-related conditions.

This study assessed the neuroprotective effects of angelica injection in the rat sciatic nerve crush injury (SCI). Forty eight male Sprague Dawley rats were randomly divided into 4 groups: one was the sham group (S), which received sham surgery and given saline injection and the others were received SCI surgery and given saline injection, high and low dose angelica injection for 4 weeks, respectively. The sciatic functional index (SFI) in walking-track analysis, conductive velocity (CV), the number of fluorogold labeled motoneurons, and the expression patterns of brain derived neurotrophic factor (BDNF) and nerve growth factor (NGF) in the sciatic nerve and spine were examined. The results showed that SFI descended gradually on day 7, and dropped more quickly on day 28 in treatment groups (Low and High dose group). The CV in treatment groups was higher than control group (C).

The numbers of motoneurons in treatment groups were larger than C group (P<0.05), but less than that in S group (P<0.01). The expressions of BDNF and NGF protein in the groups received SCI surgery were significantly lower than in S group, but the protein expressions in the groups received angelica injections were significantly higher than that in C group (P<0.01). These findings suggested that angelica injection can improve the sciatic nerve crush injury, and the mechanism might be through the increase of BDNF and NGF protein expression.

It was observed that fasting blood glucose (FBG) levels in both models were reduced after a 4-week oral administration of ASP or metformin, and abnormal fasting serum insulin (FINS) concentrations were ameliorated as well.

These results revealed that ASP efficiently exerted hypoglycemic and hypolipidemic benefits, and its potential effect was associated with the amelioration of IR. ASP can be applied in the prevention and treatment of diabetes.

Anti-Inflammation - This study was to evaluate anti-inflammatory activity of AS EtOAc extract and its major compounds in vivo and in vitro.

Low dose of AS EtOAc extract that inhibits the production of inflammatory mediators alleviates acute inflammatory hazards and protect mice from endotoxic shock.

In summary, this study demonstrates that AS has anti‐inflammatory effects and activates the Nrf2 pathway, which protects against oxidative stress.

Anti-Cancer - In the present study, the cytotoxic and anti-proliferative effects of three main Angelica sinensis phthalides, namely n-butylidenephthalide (BLP), senkyunolide A (SKA) and z-ligustilide (LGT), and their synergy on colon cancer HT-29 cells were investigated.

The three phthalides might have anti-cancer potential, yet the phthalides, in combination with other ingredients in Angelica sinensis extract, display significant synergy leading to a stronger anti-tumor effect.

These results suggest that ASP would be a promising therapeutic agent for breast cancer.

In a rat model of local cerebral ischemia, we further demonstrated that Angelica sinensis polysaccharides enhanced the antioxidant activity in cerebral cortical neurons, increased the number of microvessels, and improved blood flow after ischemia. Our findings highlight the protective role of polysaccharides isolated from Angelica sinensis against nerve cell injury and impairment caused by oxidative stress.

Ulcer Healing - In a previous, studies showed that a crude extract from Angelica sinensis (ASCE), which mainly consisted of polysaccharides, significantly promoted migration and proliferation of normal gastric epithelial cells. These results strongly suggest that ASCE has a direct wound healing effect on gastric mucosa.

In this study, we found that ASCE promoted ulcer healing. The area of the ulcer was reduced. This was accompanied with a significant increase in mucus synthesis when compared with the control.

Gastrointestinal Protective - We studied the protective effects of polysaccharides isolated from the root of Angelica sinensis (Oliv.) (Danggui) on gastrointestinal damage induced by ethanol or indomethacin in rats.

An extract from Angelica, which mainly consisted of polysaccharides (95 %) (AP), dose-dependently prevented gastric mucosal damage. This ulcer protective effect could last at least 12 h after administration. 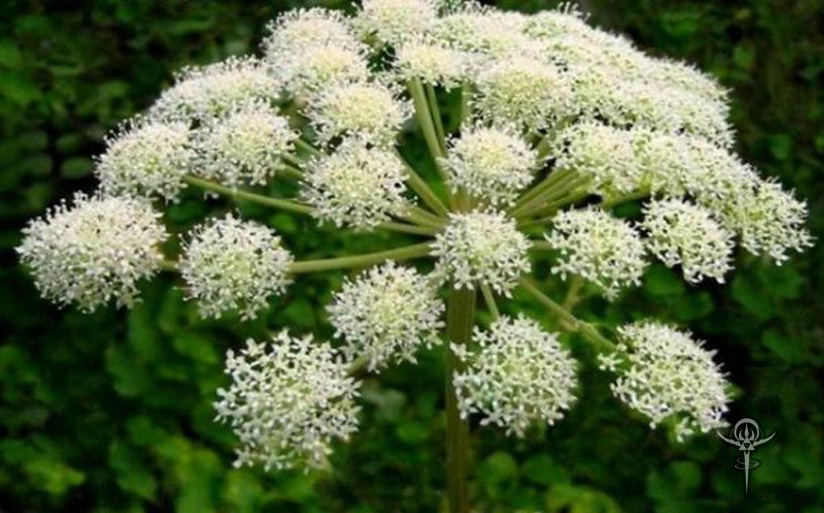