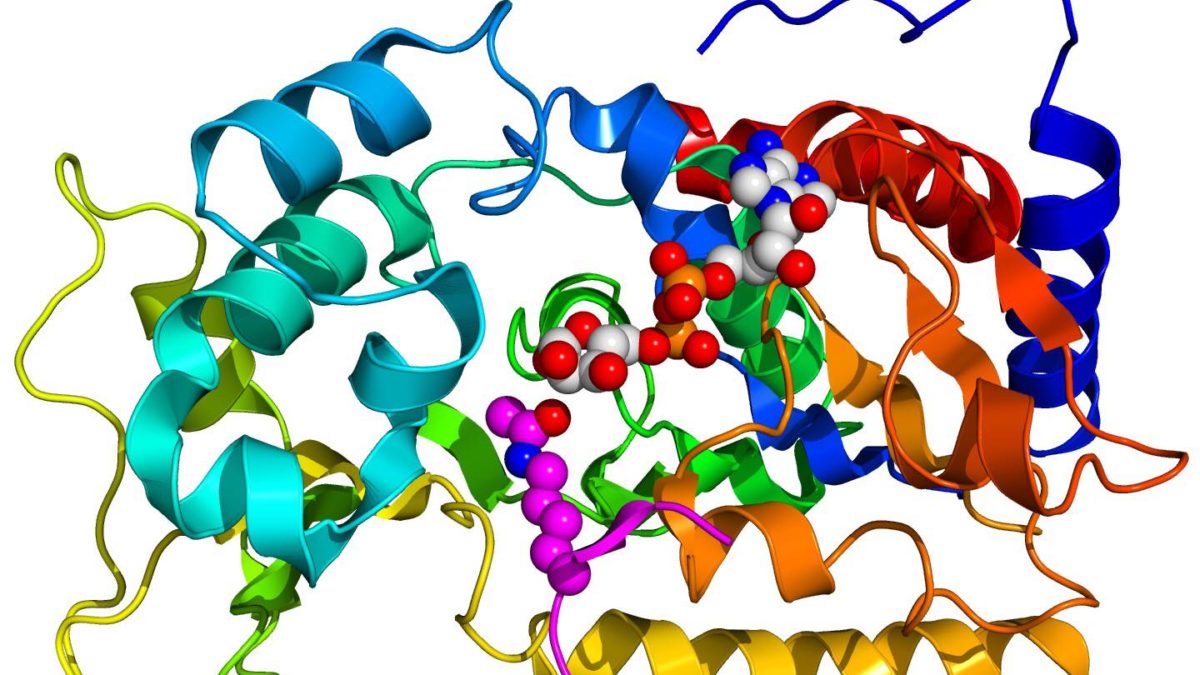 SIRT1 stands for sirtuin (silent mating type information regulation 2 homolog) 1 (S. cerevisiae), referring to the fact that its sirtuinhomolog (biological equivalent across species) in yeast (S. cerevisiae) is Sir2. SIRT1 is an enzyme that deacetylates proteins that contribute to cellular regulation (reaction to stressors, longevity).[8]

Sirtuin 1 is a member of the sirtuin family of proteins, homologs of the Sir2 gene in S. cerevisiae. Members of the sirtuin family are characterized by a sirtuin core domain and grouped into four classes. The functions of human sirtuins have not yet been determined; however, yeast sirtuin proteins are known to regulate epigenetic gene silencing and suppress recombination of rDNA. Studies suggest that the human sirtuins may function as intracellular regulatory proteins with mono-ADP-ribosyltransferase activity. The protein encoded by this gene is included in class I of the sirtuin family.[6]

Sirtuin 1 is downregulated in cells that have high insulin resistance and inducing its expression increases insulin sensitivity, suggesting the molecule is associated with improving insulin sensitivity.[9]Furthermore, SIRT1 was shown to de-acetylate and affect the activity of both members of the PGC1-alpha/ERR-alpha complex, which are essential metabolic regulatory transcription factors.[10][11][12][13][14][15]

In mammals, SIRT1 has been shown to deacetylate and thereby deactivate the p53 protein.[16] SIRT1 also stimulates autophagy by preventing acetylation of proteins (via deacetylation) required for autophagy as demonstrated in cultured cells and embryonic and neonatal tissues. This function provides a link between sirtuin expression and the cellular response to limited nutrients due to caloric restriction.[17] Furthermore, SIRT1 was shown to de-acetylate and affect the activity of both members of the PGC1-alpha/ERR-alpha complex, which are essential metabolic regulatory transcription factors.[10][11][12][13][14][15]

Human aging is characterized by a chronic, low-grade inflammation level[18] and NF-κB is the main transcriptional regulator of genes related to inflammation.[19] SIRT1 inhibits NF-κB-regulated gene expression by deacetylating the RelA/p65 subunit of NF-κB at lysine 310.[20][21]

Increased expression of SIRT1 protein extended both the mean and maximal lifespan of mice.[53] In these mice health was also improved as well as bone and muscle mass. Another SIRT1 activator (SRT1720) also extended lifespan and improved the health of mice.[54]

A Remarkable Age-Related Increase in SIRT1 Protein Expression against Oxidative Stress in Elderly: SIRT1 Gene Variants and Longevity in Human

Aging is defined as the accumulation of progressive organ dysfunction. Controlling the rate of aging by clarifying the complex pathways has a significant clinical importance. Nowadays, sirtuins have become famous molecules for slowing aging and decreasing age-related disorders. In the present study, we analyzed the SIRT1 gene polymorphisms (rs7895833 A>G, rs7069102 C>G and rs2273773 C>T) and its relation with levels of SIRT1, eNOS, PON-1, cholesterol, TAS, TOS, and OSI to demonstrate the association between genetic variation in SIRT1 and phenotype at different ages in humans. We observed a significant increase in the SIRT1 level in older people and found a significant positive correlation between SIRT1 level and age in the overall studied population. The oldest people carrying AG genotypes for rs7895833 have the highest SIRT1 level suggesting an association between rs7895833 SNP and lifespan longevity. Older people have lower PON-1 levels than those of adults and children which may explain the high levels of SIRT1 protein as a compensatory mechanism for oxidative stress in the elderly. The eNOS protein level was significantly decreased in older people as compared to adults. There was no significant difference in the eNOS level between older people and children. The current study is the first to demonstrate age-related changes in SIRT1 levels in humans and it is important for a much better molecular understanding of the role of the longevity gene SIRT1 and its protein product in aging. It is also the first study presenting the association between SIRT1 expression in older people and rs7895833 in SIRT1 gene.

This is EXACTLY what the blends and fasting achieves.