*For best results avoid, coffee, tea, caffeine and any other stimulants at least 4 hours before bed especially if insomnia is an issue. 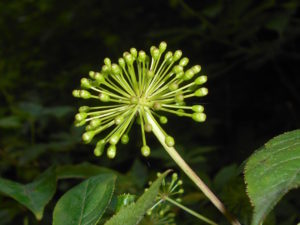 Studies of the sedative and hypnotic action of Acanthopanax senticosus 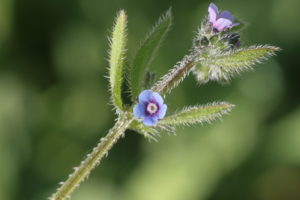 Asperugo procumbents L. has been used in Iranian traditional medicine for the refreshing, tranquillizing and mood elevating activities. The present study was undertaken to evaluate the antidepressant and sedative–hypnotic potential of acute administration of the hydroalcoholic extract of this plant in mice. Additionally, the effects of flumazenil on the hypnotic activity of the extracts were evaluated. None of the doses of the extract could significantly reduce immobility time in comparison with control group in antidepressant tests. In hypnotic test, 250 and 400 mg/kg doses significantly increased pentobarbital-induced sleeping time compared to vehicle. All of the doses of the extract significantly reduced the latency to sleep in comparison to the vehicle. Flumazenil reversed the augmented effects of extracts in pentobarbital-induced hypnotic test. The results of the present study indicate the low antidepressant and good sedative–hypnotic effects of the hydroalcoholic extract of Asperugo procumbens aerial parts in mice and that the central benzodiazepine receptors are involved in the sedative–hypnotic effects of this plant. 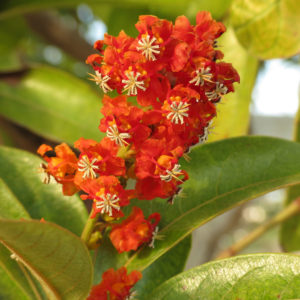 Byrsonima crassifolia (Malpighiaceae) has been used in traditional medicine for the treatment of some mental-related diseases; however, its specific neuropharmacological activities remain to be defined. The present study evaluates the anxiolytic, anticonvulsant, antidepressant, sedative effects produced by the extracts of Byrsonima crassifolia, and their influence on motor activity in ICR mice. Additionally, we determine the acute toxicity profiles of the Byrsonima crassifolia extracts and the presence of neuroactive constituents. Our results show that the methanolic extract of Byrsonima crassifolia produces a significant (P < 0.05) antidepressant effect in the forced swimming test in mice at 500 mg/kg dose. However, it does not possess anxiolytic, sedative, or anticonvulsant properties, and does not cause a reduction of mice locomotion (P > 0.05). Although the main compound of the methanolic extract was identified as quercetin 3-O-xyloside (12 mg/kg), our findings suggest that flavonoids, such as rutin (4.4 mg/kg), quercetin (1.4 mg/kg) and hesperidin (0.7 mg/kg), may be involved in the antidepressant effects. To the best of our knowledge, the present study constitutes the first report on the presence of the flavonoids with neuropharmacological activity rutin and hesperidin in Byrsonima crassifolia. In conclusion, the present results showed that the methanolic extract standardized on flavonoids content of Byrsonima crassifolia possesses potential antidepressant-like effects in the FST in mice, and could be considered as relatively safe toxicologically with no deaths of mice when orally administered at 2000 mg/kg. 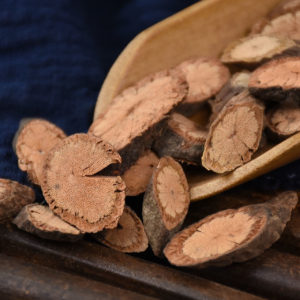 The sedative–hypnotic effect of Caulis Polygoni multiflori decoction (CPMD) was studied by the rolling cylinder method in mice and by the somnopolygraphic recording method in rats. The result from the rolling method in mice showed that CPMD (9g/kg) did have synergic action with the subthreshold hypnotic dose of sodium pentobarbital (20mg/kg). The result from the somnopolygraphic recording experiment showed that the immediate hypnotic effect of an effective dose of CPMD (20g/kg) was basically similar to that of diazepam (5mg/kg) used under the same experimental condition, chiefly an increase in the duration of slow wave sleep phase (SWS) and a decrease in the duration of paradoxical sleep phase (PS). By the end of a three-day session in dose of twice a day the hypnotic effect appeared more prominent and the reduction of SWS latency became significant. 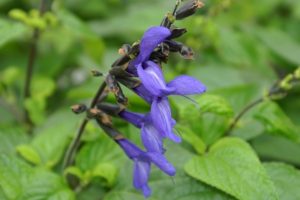 Sedative and hypnotic properties of Salvia guaranitica St. Hil. and of its active principle, Cirsiliol

Salvia guaranitica St. Hil. is a traditional medicinal plant used in Latin America as sedative. We have recently demonstrated the presence of cirsiliol in its extracts and found that this flavonoid is a competitive low affinity benzodiazepine receptor ligand (Marder et al., 1996). This report describes the pharmacological properties of Salvia guaranitica extracts and of its active principle, cirsiliol. A partially purified fraction of this plant, administered intraperitoneally in mice (in a dose equivalent to 3 g of the fresh plant), exhibited sedative and hypnotic effects as measured in the hole board and in the pentobarbital-induced sleep tests, respectively. On the other hand, this fraction had no anxiolytic or myorelaxant effects. In the pentobarbital-induced sleep test, cirsiliol (2–10mg/kg, i. p.) exhibited a dose-dependent hypnotic action. In contrast, it did not produce myorelaxant (up to 30mg/kg) or anticonvulsant (up to 10mg/kg) effects. Cirsiliol was found to be more potent in displacing 3H Zolpidem binding (Ki = 20 LiM) than 3H flunitrazepam binding (Ki = 200 μM) to benzodiazepine receptors from rat cerebral cortex.

It is concluded that Salvia guaranitica extracts and its active principle cirsiliol, possess sedative and hypnotic properties; cirsiliol produces these effects probably acting on the so-called type I benzodiazepine receptor.

Sedative and hypnotic herbs and their use in improving sleep

Sedatives are agents that reduce anxiety and exert a calming effect with little or no effect on motor or mental functions. Hypnotics are drugs that produce drowsiness and encourage the onset and maintenance of a state of sleep that as far as possible resembles the natural state of sleep. Hypnotics involve more pronounced depression of the central nervous system than sedatives. By increasing the dose, most sedatives can act as hypnotics. Animal studies have been able to confirm the action of well known herbal sedatives and hypnotics such as Humulus lupulus, Melissa officinalis, Piper methysticum, Salvia guaranitica, Passiflora spp, Matricaria recutita, Anthemis nobilis and Valeriana spp. Studies using individual constituents versus whole plant extracts did not always yield the same results; in some cases the individual constituents were able to induce sleep and increase sleeping times of animals treated or not treated with hexobarbital and pentobarbital while others were not. Thus it has been difficult to isolate the constituent/s responsible for the sedative and hypnotic activity seen in these herbs. (author abstract) 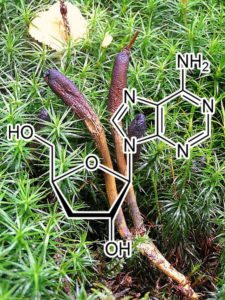 Cordycepin (3′-deoxyadenosine) is a naturally occurring adenosine analogue and one of the bioactive constituents isolated from Cordyceps militaris/Cordyceps sinensis, species of the fungal genus Cordyceps. It has traditionally been a prized Chinese folk medicine for the human well-being. Because of similarity of chemical structure of adenosine, cordycepin has been focused on the diverse effects of the central nervous systems (CNSs), like sleep regulation. Therefore, this study was undertaken to know whether cordycepin increases the natural sleep in rats, and its effect is mediated by adenosine receptors (ARs). Sleep was recorded using electroencephalogram (EEG) for 4 hours after oral administration of cordycepin in rats. Sleep architecture and EEG power spectra were analyzed. Cordycepin reduced sleep-wake cycles and increased nonrapid eye movement (NREM) sleep. Interestingly, cordycepin increased θ (theta) waves power density during NREM sleep. In addition, the protein levels of AR subtypes (A1, A2A, and A2B) were increased after the administration of cordycepin, especially in the rat hypothalamus which plays an important role in sleep regulation. Therefore, we suggest that cordycepin increases theta waves power density during NREM sleep via nonspecific AR in rats. In addition, this experiment can provide basic evidence that cordycepin may be helpful for sleep-disturbed subjects.

The Chemical Constituents and Pharmacological Actions of Cordyceps sinensis

There are 18 kinds of amino acids in C. sinensis and they mainly played a sedative hypnotic effect. Tryptophan is the most effective ingredient among them. Tryptophan is the precursor of serotonin material, which has close relationship with animals’ insomnia [98]. Otherwise, glutamic acid has the effect of immune inhibition. Due to the performance of the combined effect being more complex, more research needs to be explored.

Sedatives and hypnotics made from Chinese herbal medicine show great market prospects for minor side effects and zero potential addiction. In this study, the extraction conditions of Cordyceps militaris polysaccharide (CMP) and flavonoids (CMF) were, respectively, optimized by orthogonal experiments as follows: 30:1 ratio of water to plant material, three rounds of extraction at 90 °C and 3 h for each extraction; 40:1 ratio of 70% ethanol to plant material, reflux extraction at 90 °C for 4 h. Then, 200, 100 and 50 mg/kg of CMP and CMF were given intragastrically to mice for 30 days. The locomotor activity times of the mice were recorded on the 14th and 30th days. The effects of CMP and CMF on the sleep induced by pentobarbital sodium were observed on the 30th day. 5-Hydroxytryptamine (5-HT), acetylcholine (ACh), glutamate (Glu) and γ-aminobutyric acid (GABA) levels in the mouse brains were determined by enzyme-linked immunosorbent assay on the 30th day. The results showed that different doses of CMP and CMF could reduce the number of locomotor activities in mice and lower the Glu level (p < 0.05 in the 50 mg/kg CMP group and p < 0.01 in the other groups), elevate the 5-HT level and reduce the ACh level (p < 0.01 only in the 200 mg/kg CMP and CMF groups) in the mouse brains. Therefore, the elevated 5-HT levels and decreased ACh and Glu levels in the brains may be the main mechanisms through which CMP and CMF exert their sedative and hypnotic effects. 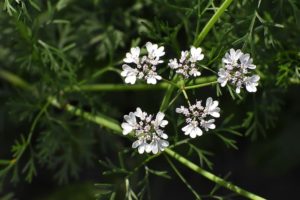 Sedative–Hypnotic Activity of Extracts and Essential Oil of Coriander Seeds

Abstract Background: Coriandrum sativum L. has been recommended for relief of insomnia in Iranian traditional medicine. However, no pharmacological studies have yet evaluated its sedative effects. The aim of this study was to determine if extracts and essential oil of coriander seeds have sedative–hypnotic activity. Methods: The aqueous or hydro-alcoholic extracts or essential oil of coriander seeds (100, 200, 400 and 600 mg/kg) were intraperitoneally administered to male albino mice, 30 minutes before pentobarbital injection (40 mg/kg). Latency to sleep and sleep duration were recorded. Results: Aqueous extract prolonged pentobarbital-induced sleeping time at 200, 400 and 600 mg/kg. Hydro-alcoholic extract at doses of 400 and 600 mg/kg increased pentobarbitalinduced sleeping time compared to saline-treated group. The essential oil increased pentobarbital-induced sleeping time only at 600 mg/kg. Conclusion: The extracts and essential oil of coriander seeds possess sedative–hypnotic activity. However, it is strongly suggested that the major active component(s) responsible for the hypnotic effect is mainly present in the aqueous extract.

The present study was planned to investigate sleep-prolonging effect of C. sativum. The hydro-alcoholic extract (HAE) and its three fractions namely water (WF), ethyl acetate (EAF) and N-butanol (NBF) were prepared from C. sativum aerial parts and administrated to mice. Also, the possible cytotoxicity of the extracts was tested using cultured PC12 cells. The HAE, EAF and NBF significantly prolonged sleep duration. Only the NBF could significantly decrease sleep latency. No decrease in the neuronal surviving was observed either by HAE or by its fractions. The present data indicate that C. sativum exert sleep-prolonging action without major neurotoxic effect.

ANXIOLYTIC AND ANALGESIC EFFECT OF SEEDS OF CORIANDRUM SATIVUM LINN

The clinical applications of benzodiazepines as anxiolytics are limited by their unwanted side effects. Therefore, the development of new pharmacological agents is well justified. Among medicinal plants, Coriandrum sativum L. has been recommended for relief of anxiety and insomnia in Iranian folk medicine. Nevertheless, no pharmacological studies have thus far evaluated its effects on central nervous system. Therefore, the aim of this study was to examine if the aqueous extract of Coriandrum sativum seed has anxiolytic effect in mice. Additionally, its analgesic effect was evaluated. The anxiolytic effect of aqueous extract (50, 100, 200 mg/kg, i.p.) was examined in male albino mice using elevated plus- maze as an animal model of anxiety. The effects of the extract on analgesic activity were assessed using Hot plate method. In the elevated plus-maze, aqueous extract at 200 mg/kg showed an anxiolytic effect by increasing the time spent on open arms and the percentage of open arm entries, compared to control group. Aqueous extract at 50, 100 and 200 mg/kg significantly produce analgesic activity compared to control group.These results suggest that the aqueous extract of Coriandrum sativum seed has anxiolytic effect and may have potential sedative and muscle relaxant effects. 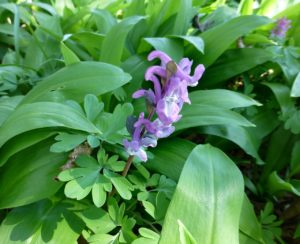